Google Salaries And Shares Up While 2207 Scott Street Returns Down 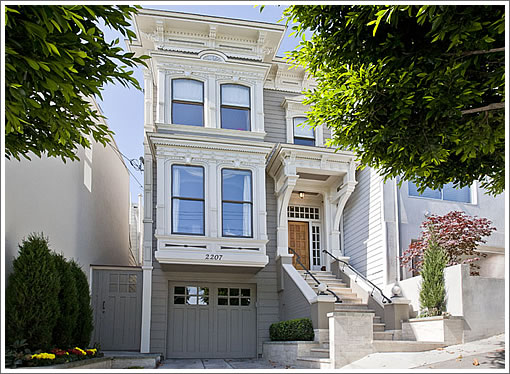 As we first wrote this past October:

Purchased for $3,425,000 in May 2006 with what would appear to have been “Google money,” in 2008 the rear foundation at 2207 Scott Street was replaced, a three-quarter bath added, and a bit of garage space reclaimed for living.

Back on the market today and listed for $3,600,000, a sale at asking would appear as “appreciation” of 5% over the past four years in MLS based reports, newsletters and statistics but wouldn’t exactly be so.

San Francisco Bucks CA Foreclosure Trends, But Not In A Good Way