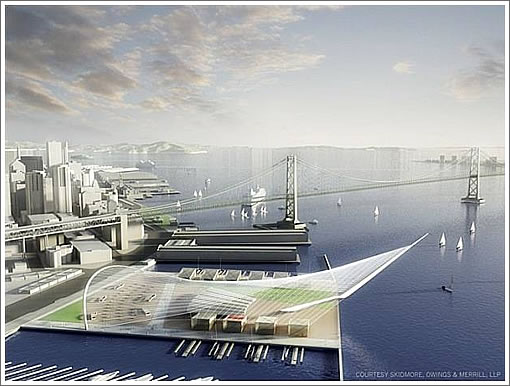 The racing syndicate’s self imposed deadline to announce the site of the 2013 America’s Cup expires today, with San Francisco trying to hold off a spinnaker flying (or perhaps luffing) Rhode Island. Or perhaps another host will emerge from the fog.

And the winner is…San Francisco!

UPDATE: While the Mayor’s Office hasn’t made an official announcement, unnamed sources are claiming that race organizers have hit San Francisco’s revised bid to host the America’s Cup in 2013.

UPDATE: It’s official, San Francisco has been selected to host the America’s Cup in 2013. Let the lawsuits waterfront rebuilding begin!