One Word: Target. Okay, Five: Target At Geary And Masonic? 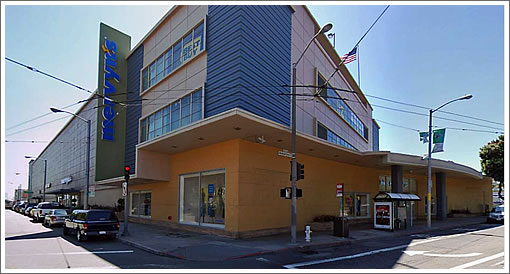 While Target has been in negotiations with the Metreon, and eyeing the proposed CityPlace, the retailer is reportedly seeking entitlements to open a 100,000-square-foot store at Geary and Masonic (think Mervyns and Good Guys). From the Business Times:

A lease with Target has not yet been signed, but talks have progressed far enough that both parties are comfortable discussing the deal publicly, according to sources involved in negotiations. The owner of the property at the corner of Geary and Masonic Avenue, KLA Geary LLC, has approached city planners and district supervisors to gauge support for the project. As a formula retail business, Target requires a conditional use permit in order to open. In addition to the empty Mervyns, Target would occupy a portion of the former Good Guys, which was shuttered in late 2005.

A Grand Fall For 647 Grand View Atop Noe Valley