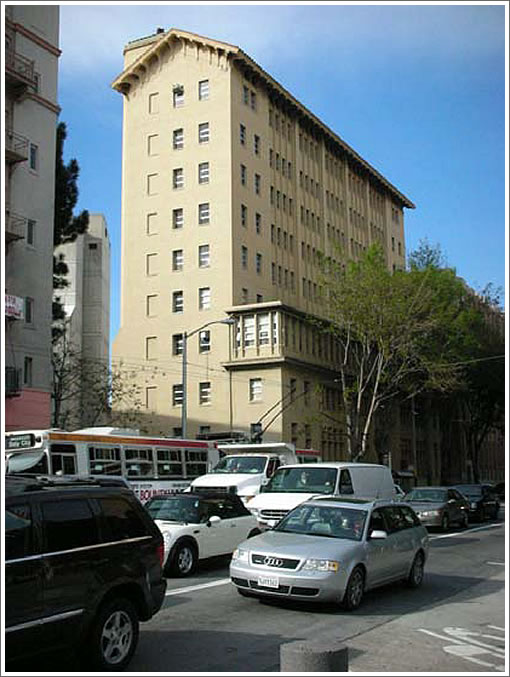 Additional details on the proposed Swords to Plowshares and Chinatown Community Development Center’s conversion of 150 Otis Street from a temporary homeless shelter and City storage into “permanent affordable rental housing for chronically homeless veterans over the age of 55” with in-house supportive services (“Veterans Commons”):

Constructed in 1916 as the Juvenile Court and Detention Home, [150 Otis] has been designated as San Francisco Landmark No. 248. The west side (rear) of [the lot] contains an auditorium, underground garage, and plaza associated with 170 Otis Street – the San Francisco Human Services Agency (HSA) building west of the project site.

The lower three levels of 150 Otis Street are currently used as a seasonal homeless shelter during winter months, serving approximately 60 people between 7:00 PM and 7:00 AM. The shelter employs two daytime employees with additional staff at night when the shelter is open. The upper six levels of the building are currently used for City storage.

The proposed project involves interior and exterior renovations to the existing building to create 75 units of affordable permanent housing for homeless veterans and one manager’s unit (49,314 sf), and support service offices and community space (7,283 sf). The area of the building would increase by 4,621 sf; the building height would remain the same.

Required approvals or amendments: zoning (to allow for the development of housing consistent with Residential, Transit‐Oriented (RTO) and sundry exceptions); height (to accommodate the new elevator shaft); lot line (an adjustment for the removal the auditorium and underground garage encroachment); and a Certificate of Appropriateness for alteration of a City Landmark.

One Hawthorne: The SocketSite Straight Scoop (And Sales Update)