A New Lily Pad On A Hayes Valley Lot 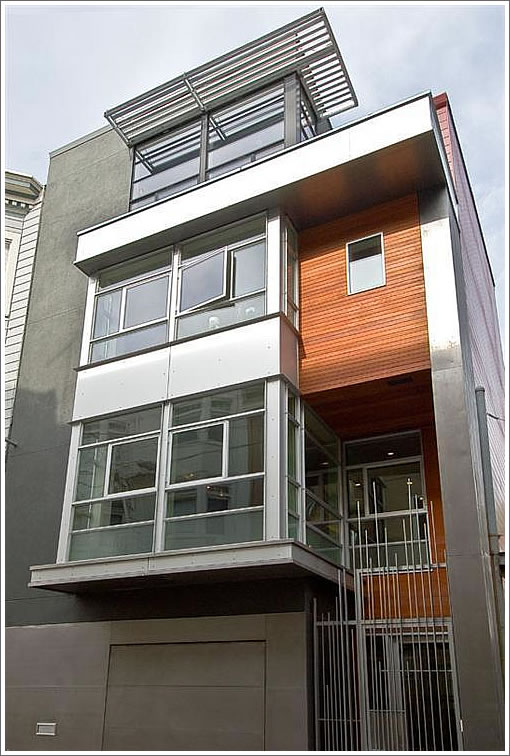 If we’re not mistaken [which we were, see UPDATE], 124 Lily is a Topetcher Architecture design built on a lot split from 229 Oak behind. Single-family new construction in Hayes Valley with four bedrooms, three and one-half baths, and two car parking (albeit tandem). 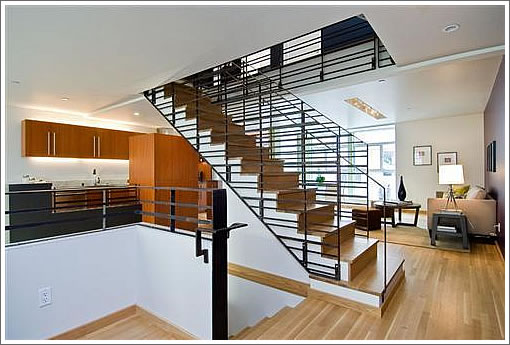 The tandem parking is kind of neat, actually. It is side by side, but because the garage door is big enough for only one car, they have a platform onto which you drive a car. There is a control panel on the wall which slides the platform over (via belts in tracks, I believe) so that another car can be parked in that place.

Have You Seen These Massings For 1127 Market?