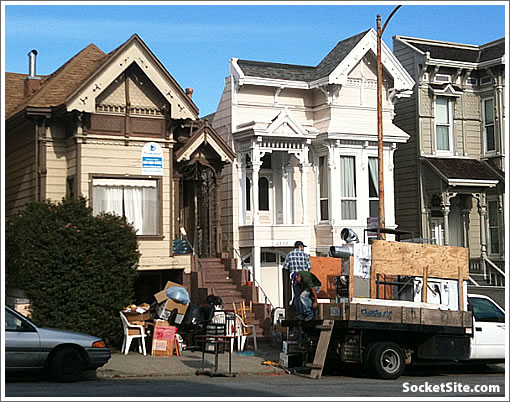 With the short sale of 2874 Bush Street over in Lower Pacific Heights currently in escrow, and contingencies waived, a plugged-in source reports:

Looks like moving day at 2874 Bush. Seeing the washer and dryer on the truck didn’t surprise me…but seeing the furnace sure did!

∙ The Begining Or End Of This (Or The) San Francisco Short Sale Story? [SocketSite]
∙ Strip This (Short Sale) House: The 1467 Underwood Episode [SocketSite]

Not Selling Itself Too Short On The Surface Atop Pacific Heights