May S&P/Case-Shiller: San Francisco MSA Top Tier Up, Bottom Down 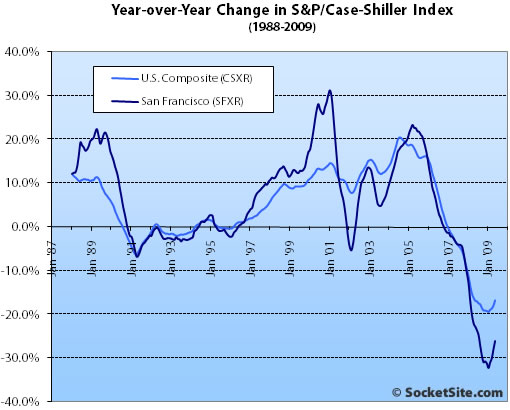 As of May 2009, average home prices across the United States are at similar levels to where they were in the middle of 2003, indicating that the three years of appreciation that occurred from 2003-2006 were all given back in the following three years. From the peak in the second quarter of 2006, the 10-City Composite is down 33.3% and the 20-City Composite is down 32.3%.

San Francisco MSA single-family home prices continued to fall across the bottom one-third in terms of price tiers but showed gains at the top. 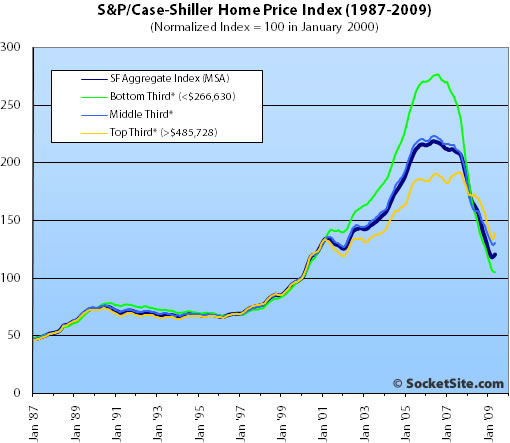 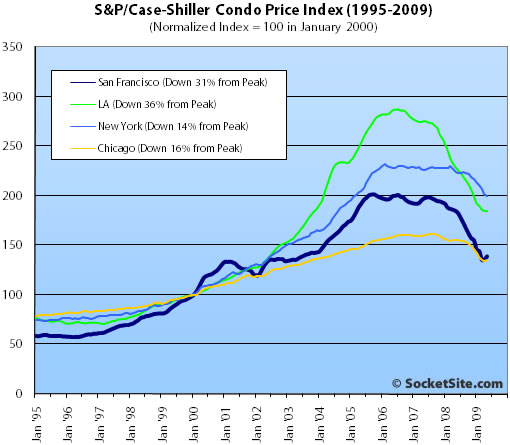 A 10th And Mission Triptych In Reverse For Mercy Housing Rising

SocketSite’s Straight Scoop On The Collapse Of Cubix (766 Harrison)