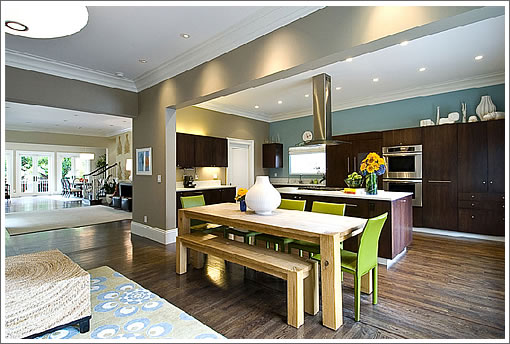 As we wrote in April:

Closing escrow in January 2007 with a recorded contract price of $6,300,000, the home is back on the market asking $6,750,000 with a few changes in-between. For example, plugged-in people might recall that the kitchen wasn’t open to the dining room in 2006.