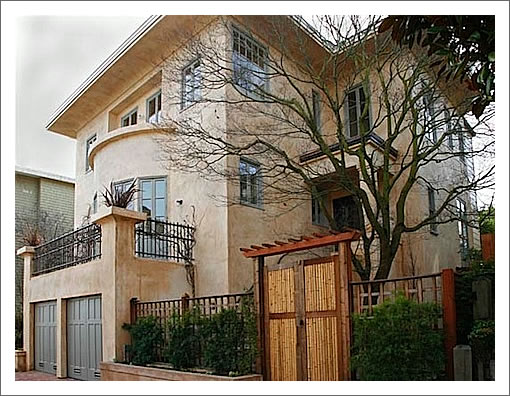 According to Leah Garchik, the Mayor and Mrs. have a new house in the “Upper Terrace.”

“The seller, interior designer and antiques dealer Candace Barnes, doesn’t want to talk about all-important details like the price, but I’ve been told she’s made the house a showplace for her professional skills.

The house has four bedrooms, herringbone-patterned wooden floors, balconies that face east (getting acquainted with the sunrise will be pleasant to new parents walking the floor with a baby) and a Roman soaking tub.”

We figure somebody will figure it out sooner or later. And it might as well be you.

UPDATE: A soon to expire peek inside via a plugged-in reader who also notes it’s officially a “Haight Ashbury” home. But not for long.

UPDATE (6/10): Scratch that with respect to the Haight, apparently San Francisco’s MLS has its neighborhoods wrong. So while the listing notes 5-B (“Haight Ashbury”), 1581 Masonic is, in fact, already 5-E (“Parnassus/Ashbury Heights”).

Price "Slashing!" In Pacific Heights (And Return To A Near 2000 Value)