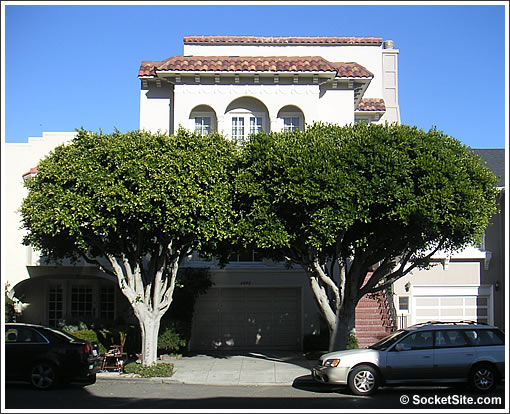 It’s been a slow start (and end) to the year for real estate in District 7, but according to a plugged-in tipster 2646 Chestnut on the edge of Cow Hollow is being prepped to hit the market at the end of the month with a whisper price of $2,700,000.

The house is roughly 3,650 square feet with good bones and views from the high floors, but outdated kitchen and baths (again, according to our tipster). Expect Coldwell Banker to have the listing (and plugged-in people to have any head-start).

Why Stop With Voyeurlicious, Let's Add Instastyle-istic (TM) As Well