The First “Official” Resale At One Rincon Hill Closes Escrow: #2202 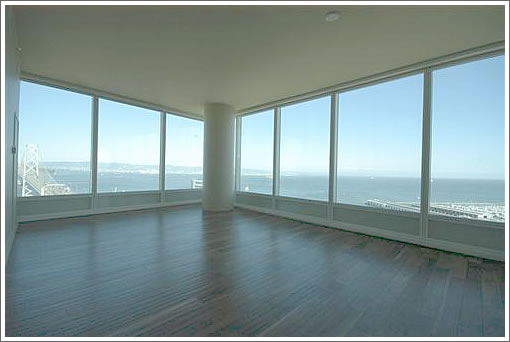 With only six days between its listing for $1,300,000 and closing escrow, it’s probably fair to assume an offer was in hand prior to hitting the MLS.
That being said, the sale of 425 First Street #2202 officially closed escrow on 6/24/08 with a reported contract price of $1,300,000. And as far as we know, this represents the first on-the-record secondary market resale of a post-possession – versus contract assignment – condo at One Rincon Hill.
Do keep in mind that the 1,309 square foot “02” two-bedrooms with Bay Bridge views are oft considered to be some of the most desirable units in the building although a listing for #1802 at $1,399,000 was withdrawn without selling and leased (asking $5,250/mo).
And in terms of the original contract price for the unit two years ago, stay tuned (but it’s safe to assume it was significantly less).
UPDATE: Pre-construction pricing for #1802 and #2202 when the sales office first opened: $980,000 and $1,020,000 respectively (not including any upgrades).
∙ Trying To Establish The True Secondary Resale Market: One Rincon Hill [SocketSite]

U.S. Home Resales Up But Remain Off (As Do Mortgage Applications)