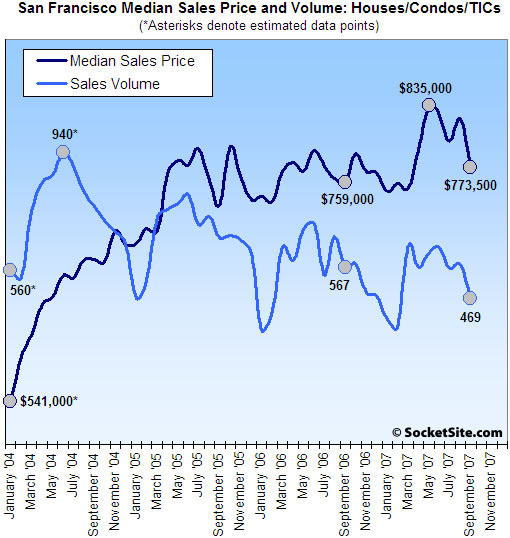 The number of Bay Area homes purchased with jumbo mortgages dropped from 3,762 in August to 1,935 in September, a decline of 48.6 percent. A jumbo mortgage is a home loan for $417,000 or more. For loans below that threshold, the sales decline was 14.0 percent, from 2,675 in August to 2,301 in September. Historically, sales drop by about 10 percent from August to September.

Outside of San Francisco county, the smallest drop in year-over-year sales volume was recorded in Marin (down 32.5%) and the largest in Contra Costa (down 48.7%).
∙ Bay Area home sales plummet amid mortgage woes [DQNews]

After Ten Months (And A Major Remodel) 2503 Clay Returns

One (1) South Park: Sales Update, Opening, And A Few Pics