Add Another (Proposed) Tower To The Transbay Mix (181 Fremont) 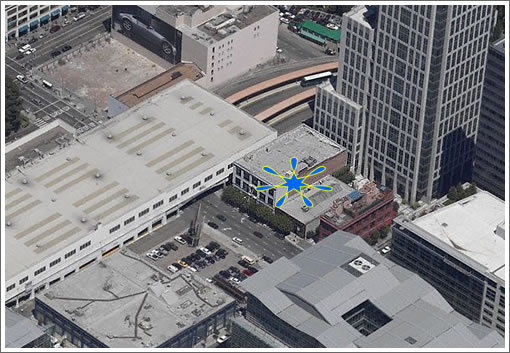 Another tower, this one a mere 900 feet, has been proposed for the area surrounding San Francisco’s new Transbay Terminal and Tower. And according to J.K. Dineen, the “razor-thin skyscraper” at 181 Fremont “would include 500,000 square feet of office space beneath about 140 residential condominiums.”

The Fremont Street parcel is one of several sites where the city is considering allowing tall towers as a source of tax revenue to help bankroll the $3.4 billion Transbay Terminal and Tower. Under the plan, developers around the transit center and tower — likely to soar 1,300 feet or more — could build well above current 300- to 500-foot zoning restrictions in exchange for pumping millions of dollars in additional taxes to help pay for building new infrastructure in the Transbay District as well as the terminal programing itself.

Designed by HellerManus, the proposed tower on Fremont “would have a glass curtain wall and exterior structural system…would seek a gold stamp of approval from the Leadership in Energy and Environmental Design… [and] include a highly efficient sawtooth glazing system that allows daylighting but reduces unwanted heating.”

And yes, as is now de rigeur, the “developer is also looking into solar power [and] wind turbines…”

JustQuotes: Signs Of Some (Prime) Liquidity In The Mortgage Market