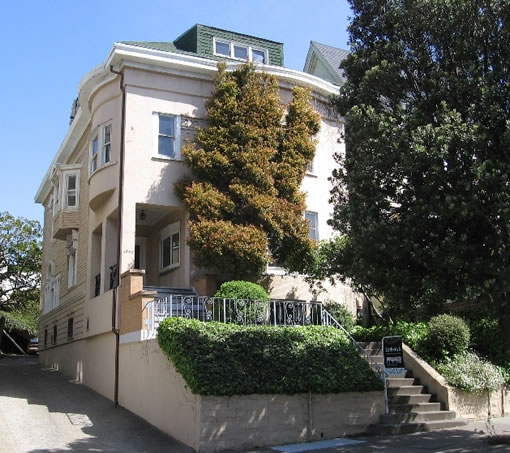 A splendid 5,354 square foot fixer on a great block in Presidio Heights sold within a week of listing. In fact, a half a dozen bidders dueled it out pushing the final price for 3840 Clay to $4M – 33% over the $3M asking.

Again, it’s a fixer and back in 1999 the architect opened up most of the walls and ceilings and put them back in a very temporary fashion – think no taping, plastering or painting anywhere. Indeed, there isn’t even a kitchen, the back fence is propped up by a drainpipe and the garden currently sports a derelict car collection.

The prior owners, who never lived in the house, had approved plans for a swimming pool in the basement and parking for more than six cars – in addition to any that could be squeezed onto the grass…

*Editor’s Note: This reader report is brought to you by the “plugged-in” Seb (who was nearly bidder number seven).