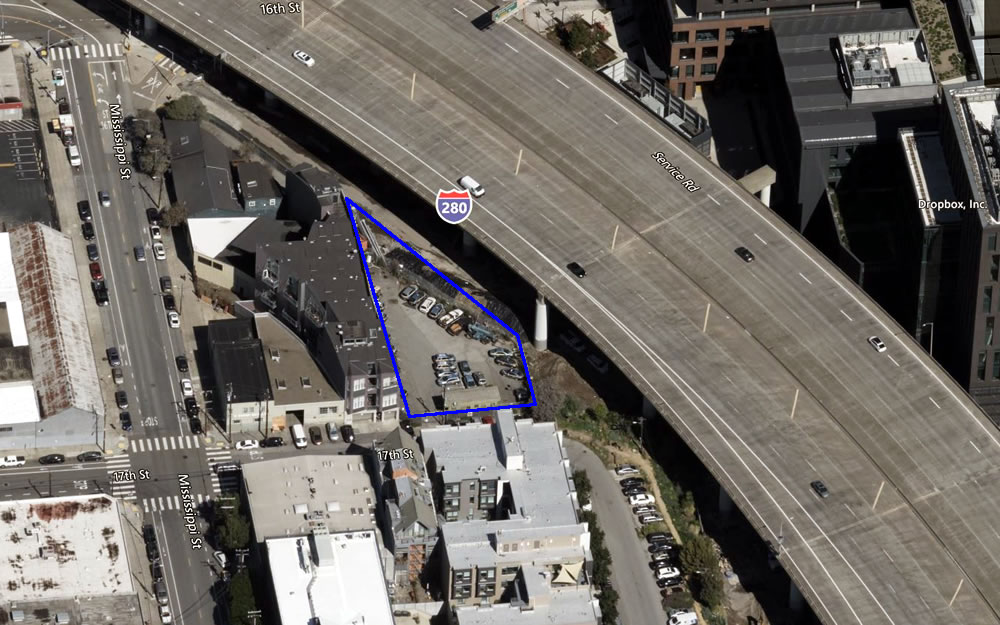 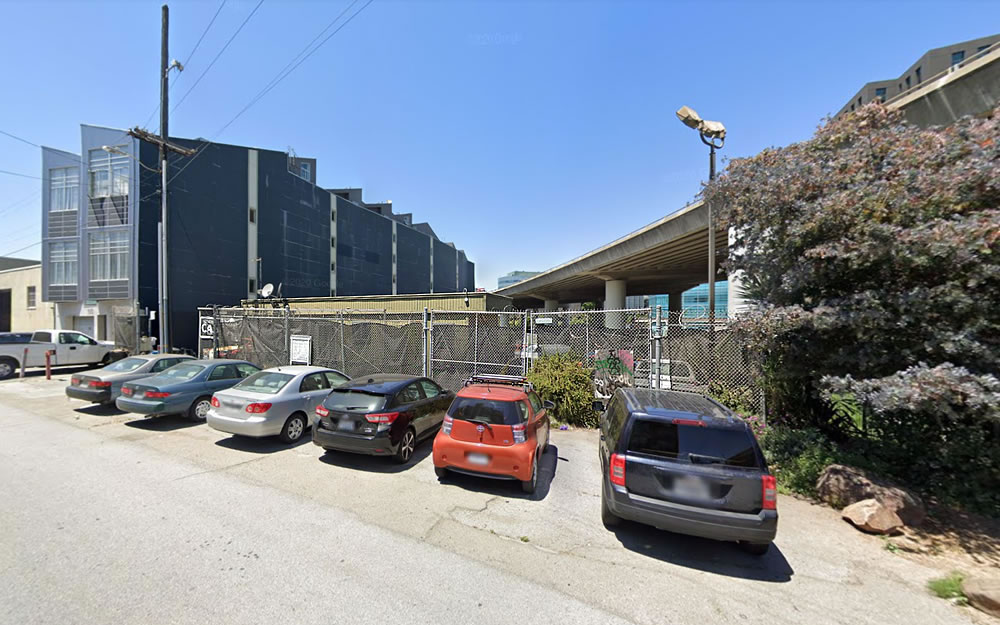 Plans for a 5-story, 48-unit apartment building to rise on the odd-shaped Regents Cab Company parking lot parcel at 98 Pennsylvania Avenue in Lower Potrero Hill were approved back in 2016 and building permits for the project were secured and issued in December of 2018, as we outlined a few years ago.

Rather than breaking ground, however, Harty and Harty Properties has been seeking to supersize the entitlement for the site by way of a density bonus, the draft plans for which would have yielded a 7-story building, with 79 residential units over a basement garage for 18 cars and 79 bikes, with the entrance to the building’s garage at the rear of its lot and accessed via an envisioned future extension of 7th Street, as rendered by SIA Consulting. 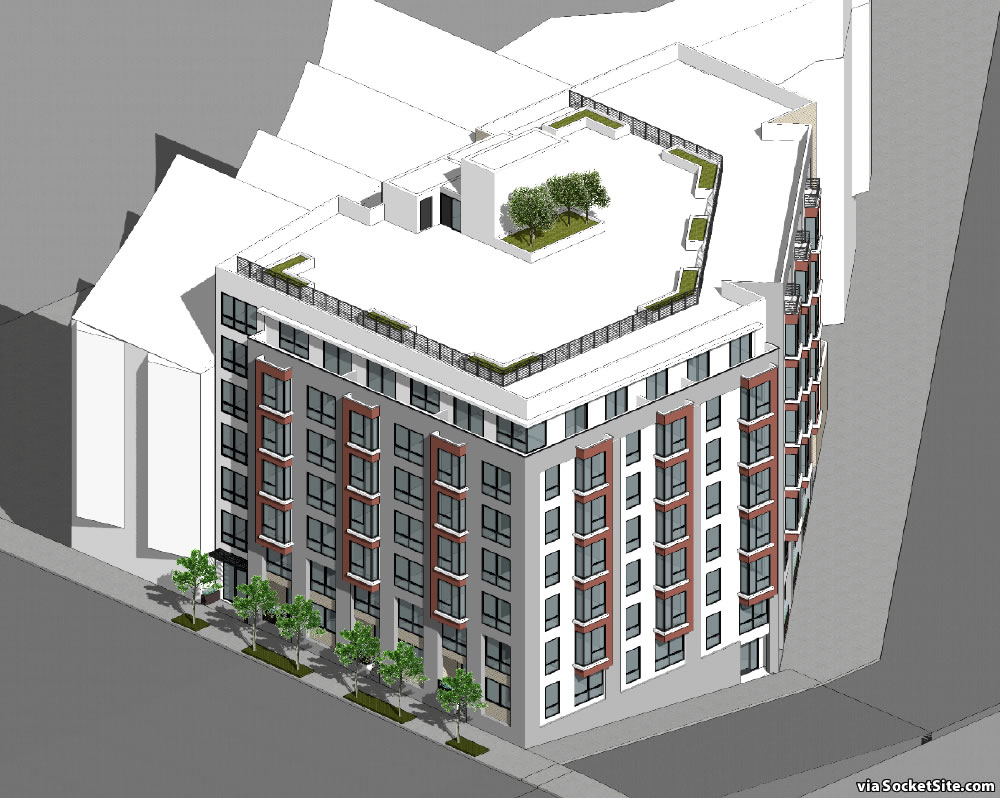 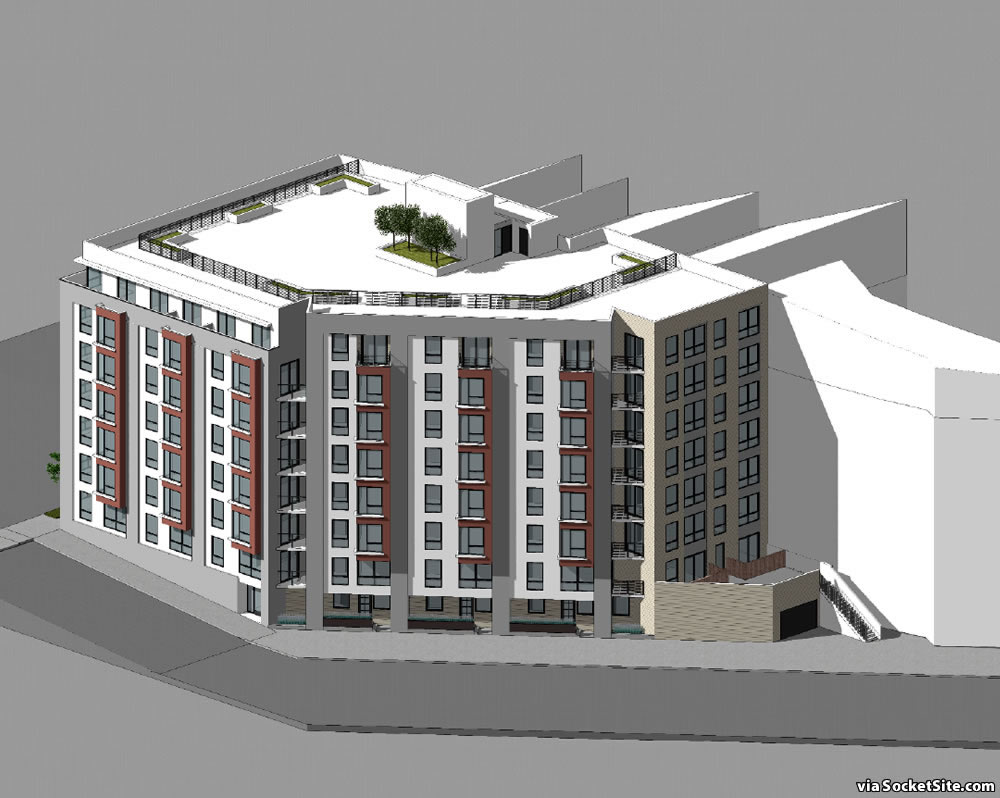 The plans for the envisioned extension of 7th Street have since been abandoned, however, at least for now, and a new set of plans for a six-story building, with 64 residential units, a mix of 11 studios, 20 one-bedrooms, 28 twos and 5 threes, along with a basement garage for 23 cars and 64 bikes, which would now be accessed by way of the existing curb cut on 17th Street, have been rendered and just qualified for a streamlined environmental review and approvals. 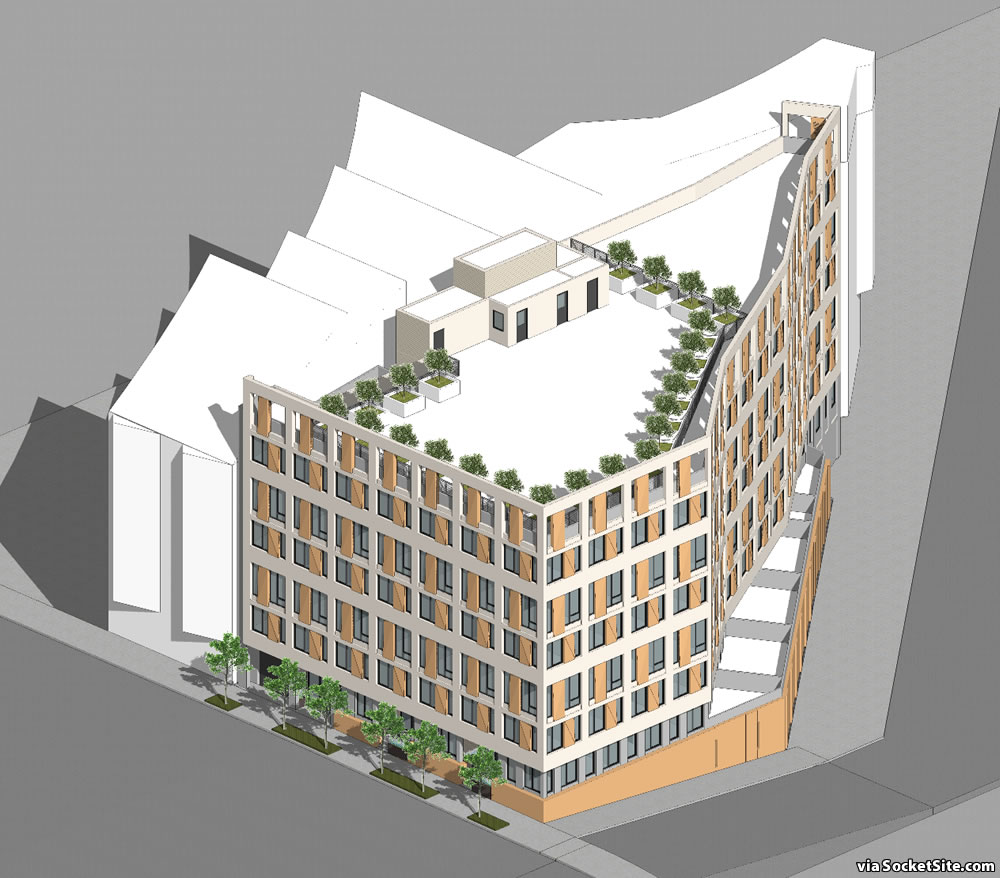 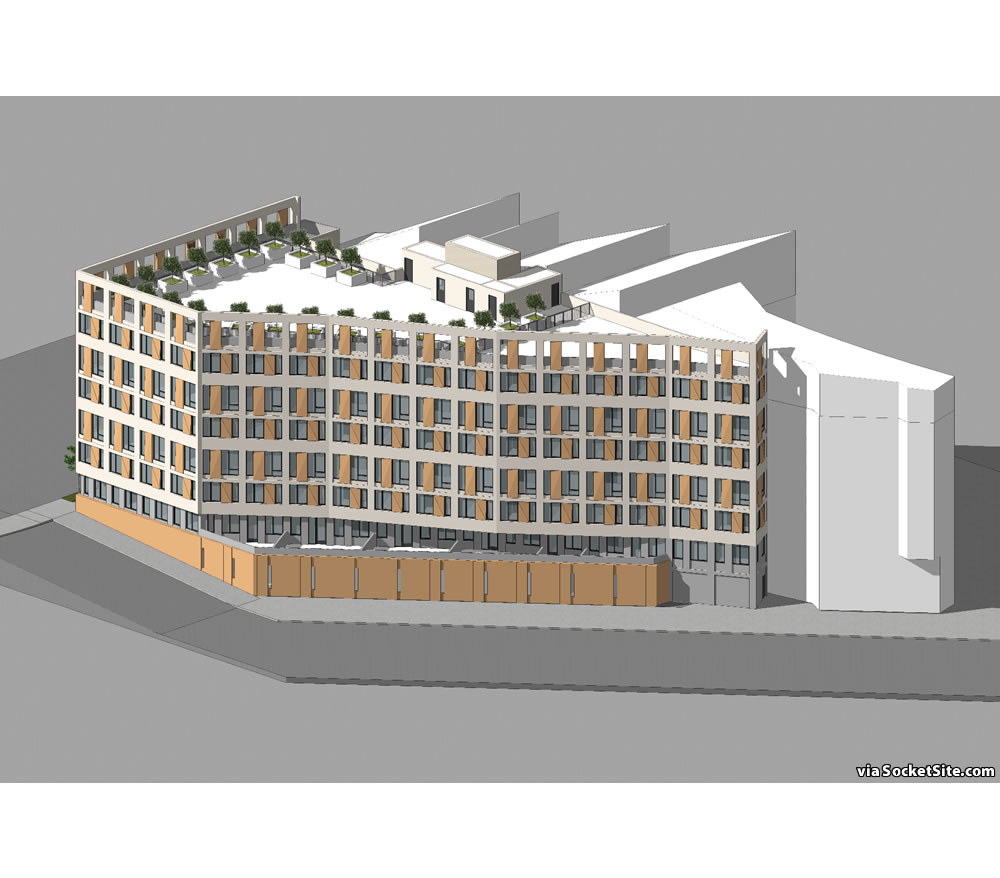 Mid-Market Condo Resells for 29 Percent Below Its 2018 Price