Number of Homes for Sale in S.F. Up Over 35 Percent YOY 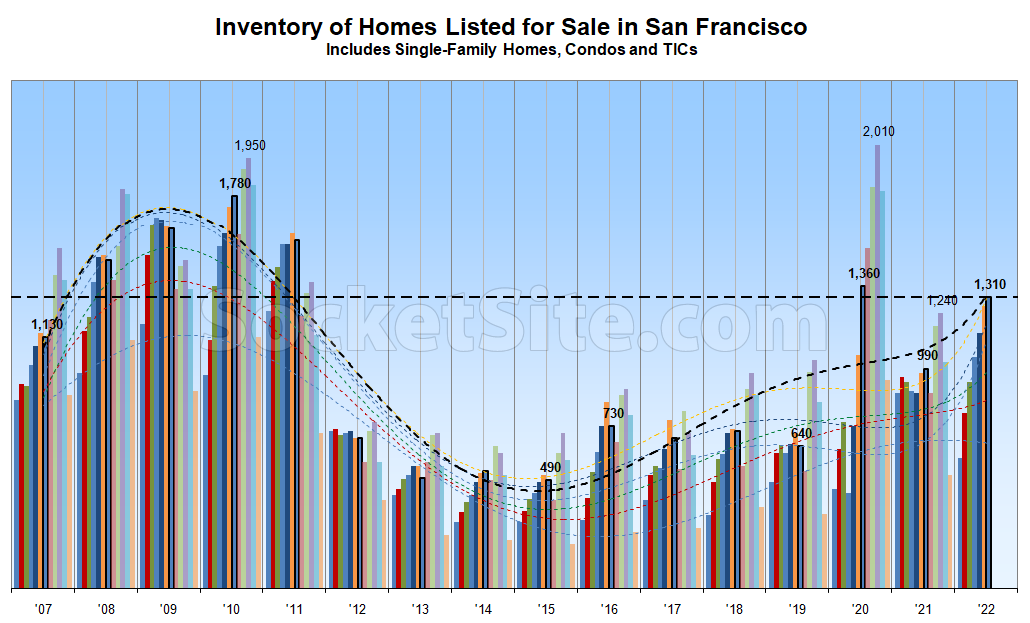 With an ongoing slowdown in the pace of sales, the net number of homes on the market in San Francisco ticked up 9 percent over the past week and is up over 35 percent, year-over-year.

Keep in mind that springtime inventory levels in San Francisco typically peak in June and tick down, not up, in July. We’ll keep you posted and plugged-in.