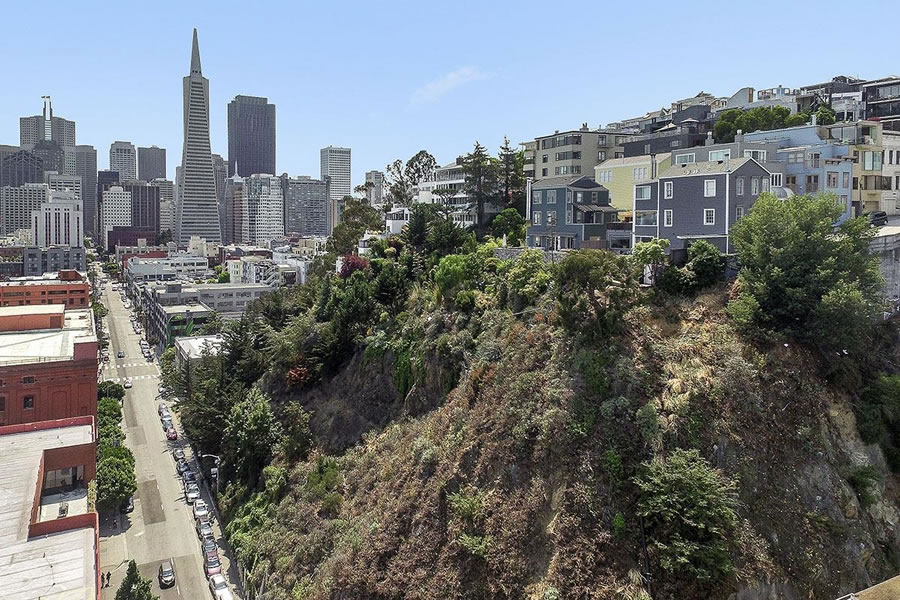 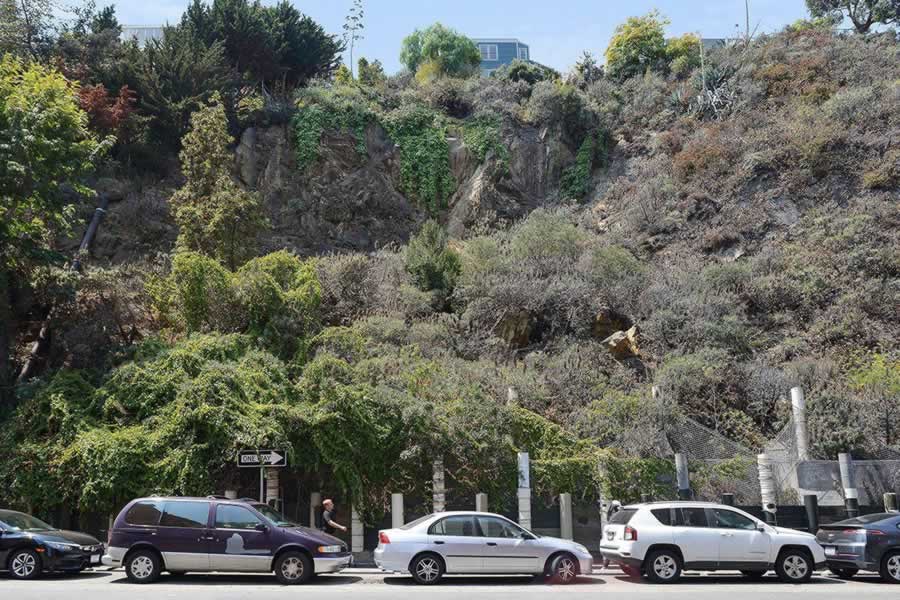 With the list price for the 120-foot-wide chunk of Telegraph Hill’s hillside which fronts Sansome Street, below the homes at the end of Alta Street above, having been reduced to $998,000 earlier this year, the sale of the 1235 Sansome Street site (which is technically three parcels and was once part of the quarry from which stone for San Francisco’s City Hall was harvested) is now pending.

And as newly envisioned and rendered by EE Weiss Architects below, an eleven-story building could rise up to 110 feet in height on site as measured from Sansome Street but technically below the 84-foot height limit for the site based on its slope.

In addition to stabilizing the slope, the ambitious 22,000-squre-foot development would yield seven rental units with a total of 84 bedroom suites, each with a private bath and shared kitchens/living rooms; a 1,150-square-foot common area on the sixth floor; 2,850 square feet of commercial space; a storage room for 40 bikes; and a rooftop deck.

And yes, the project sits within the boundaries of the Waterfront Historic District and is under the purview of the Telegraph Hill Neighborhood Association. We’ll keep you posted and plugged-in.

Having fallen out of contract, even bigger plans for the site were subsequently drafted, yet to be entitled plans that “may need modification per city requirements,” as newly rendered below. 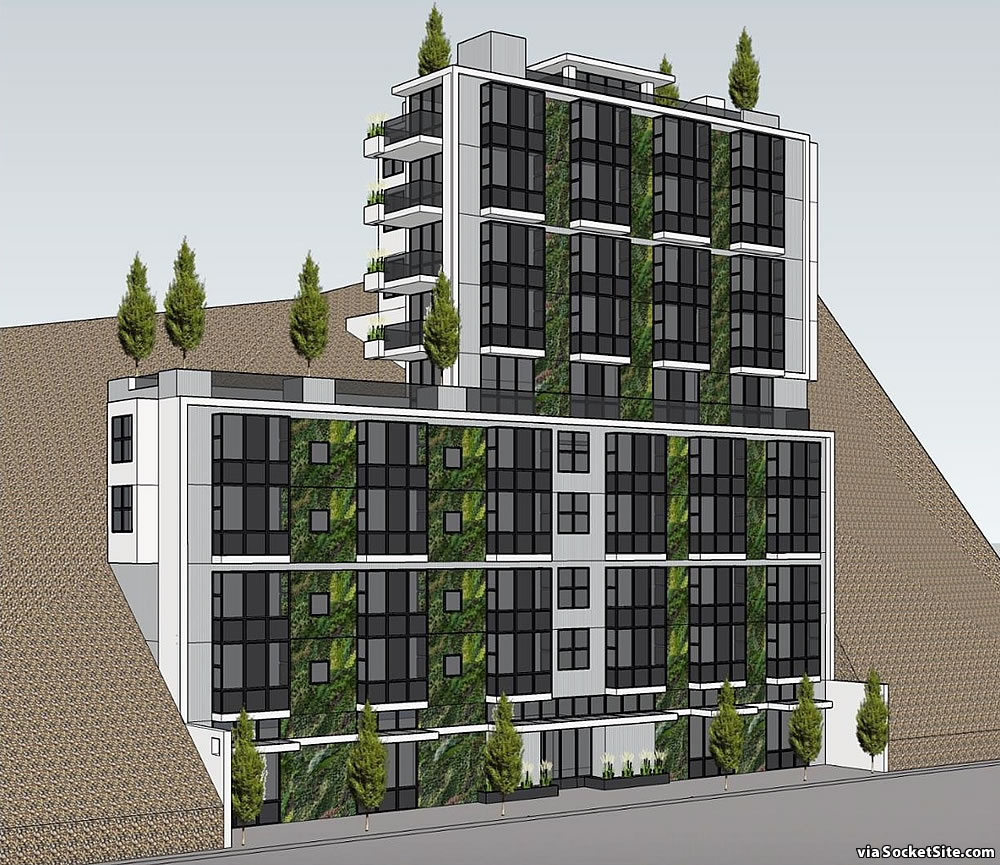 And having returned to the market priced at $1.498 million in November of last year, reduced back down to $998K in January and then “reduced [to $449K] to sell quickly” in April, the sale of the sale of the hillside site is once again pending. We’ll keep you posted and plugged-in.