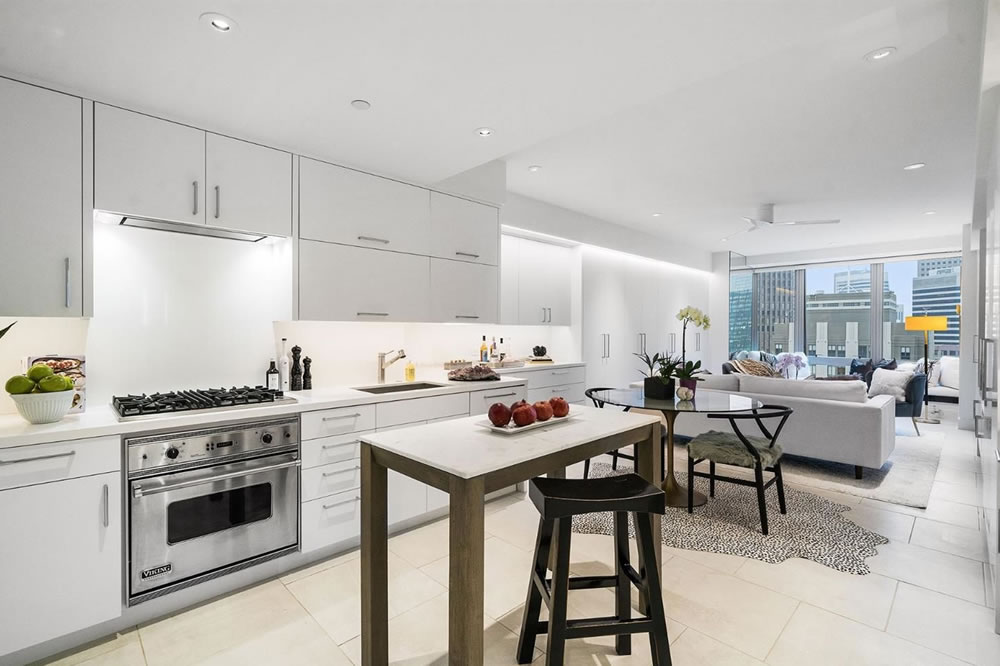 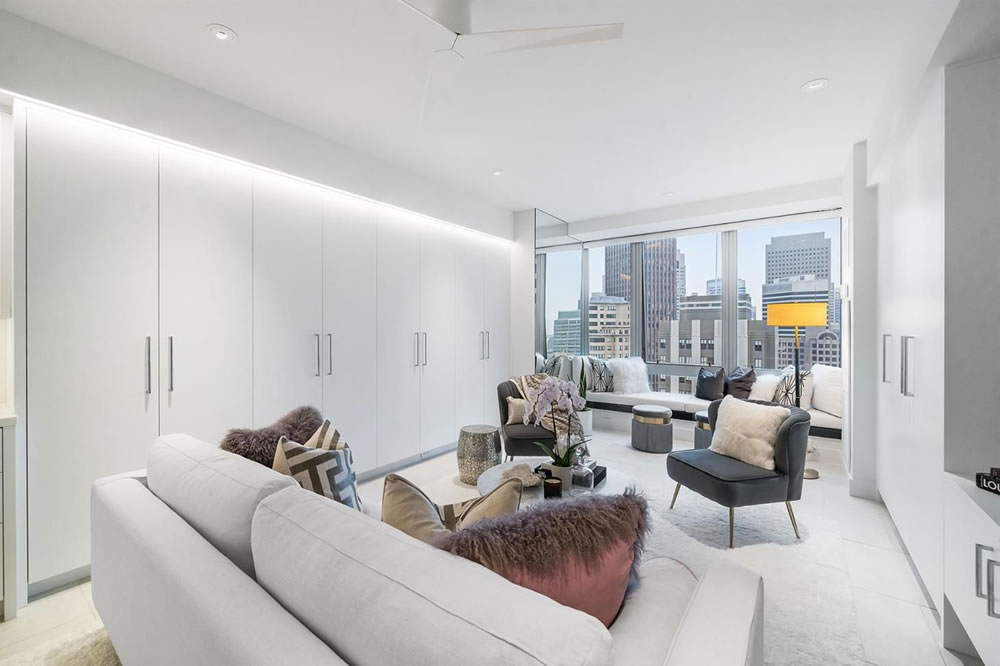 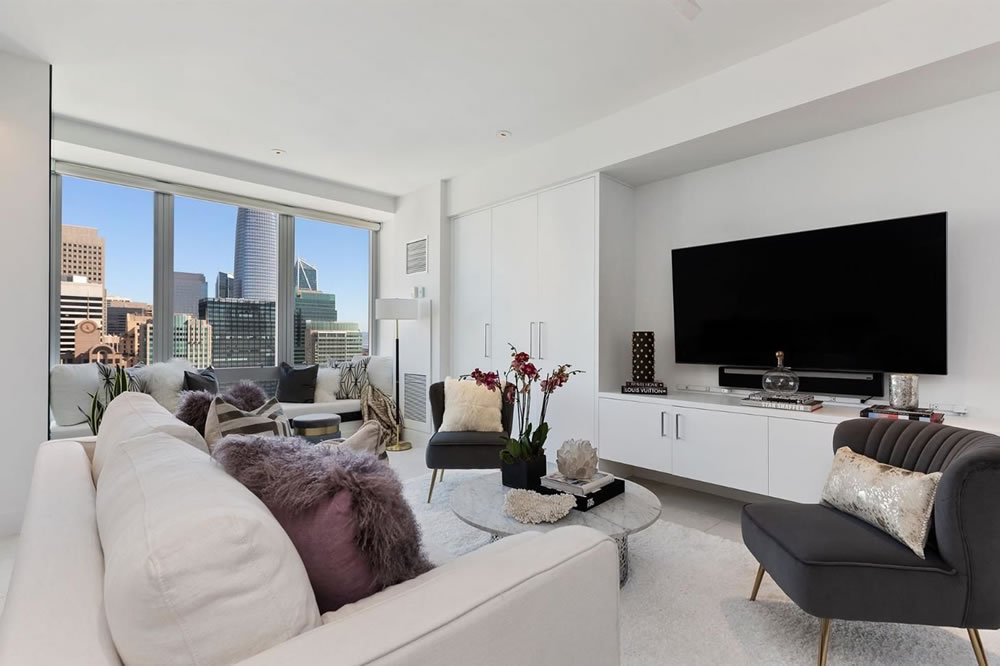 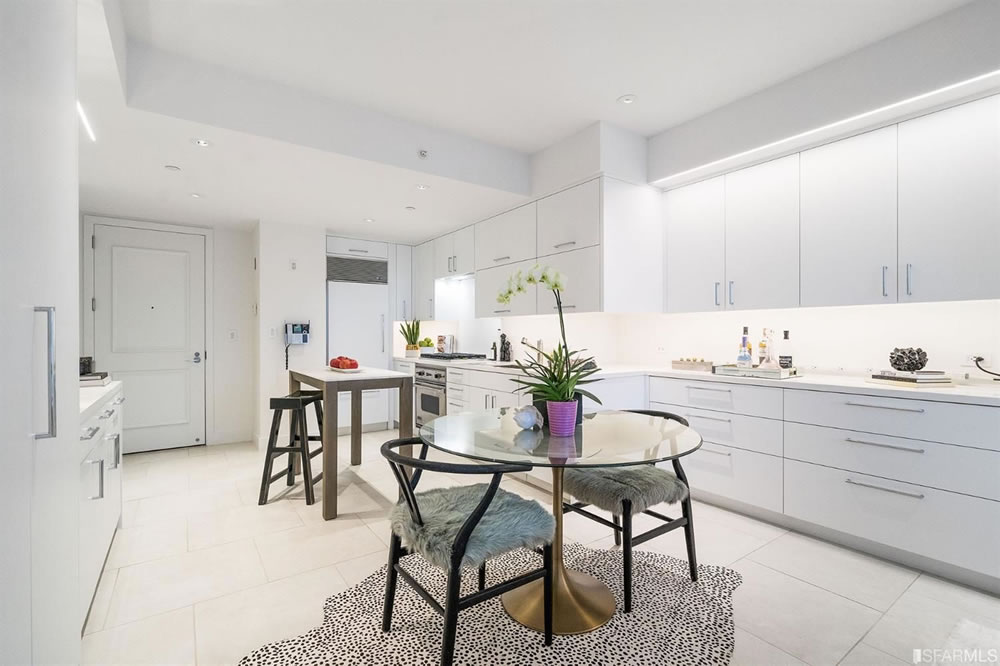 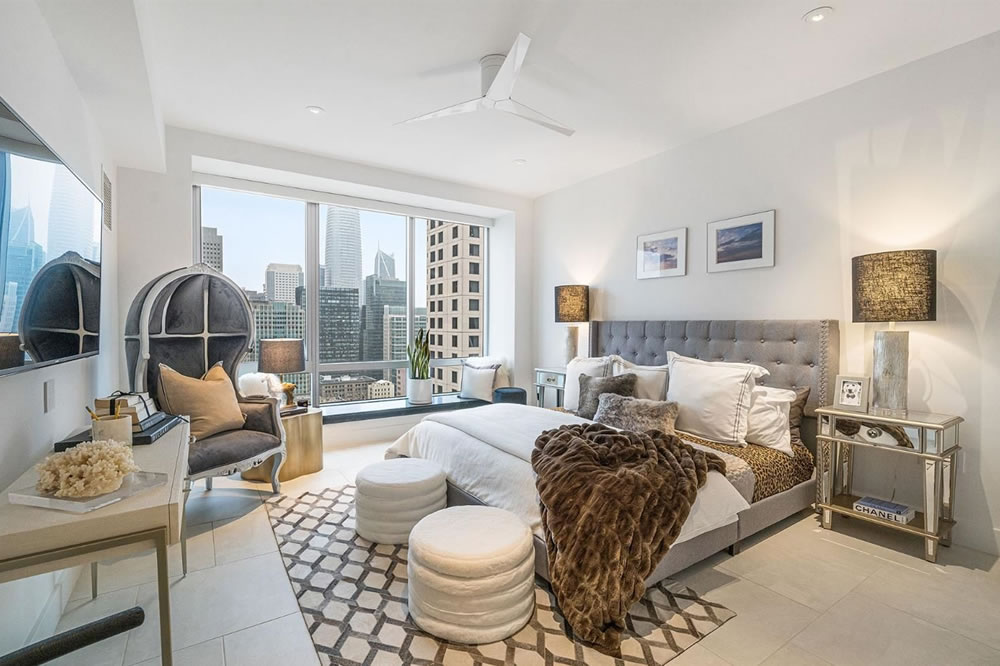 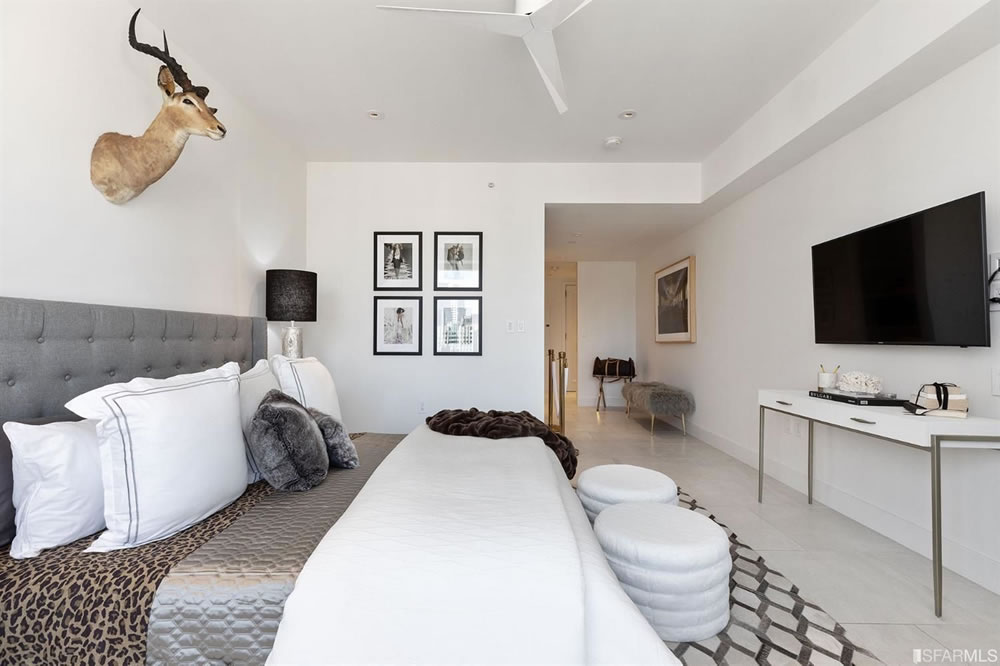 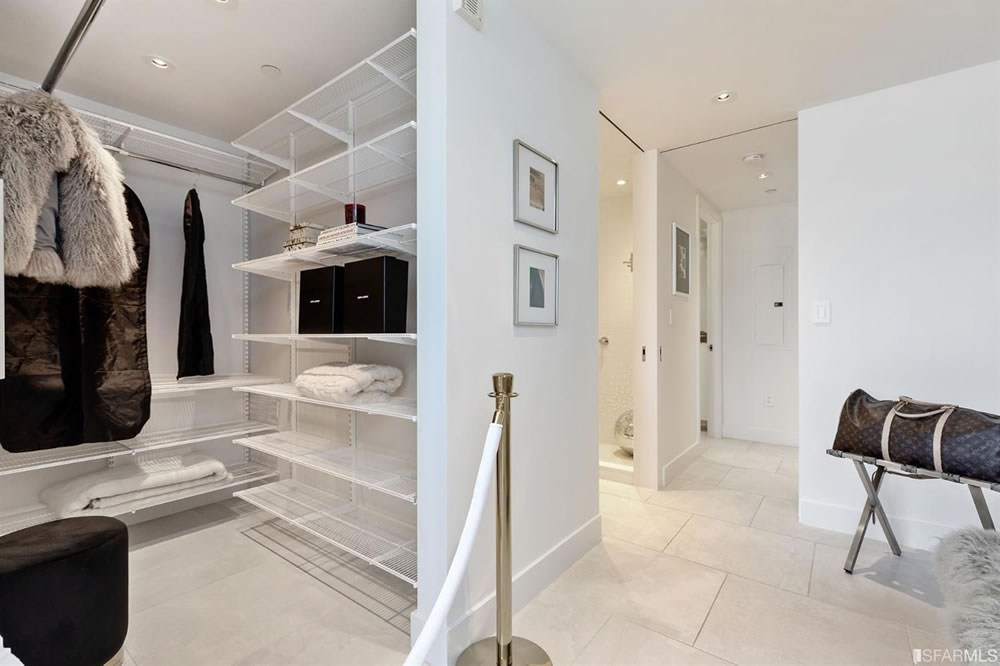 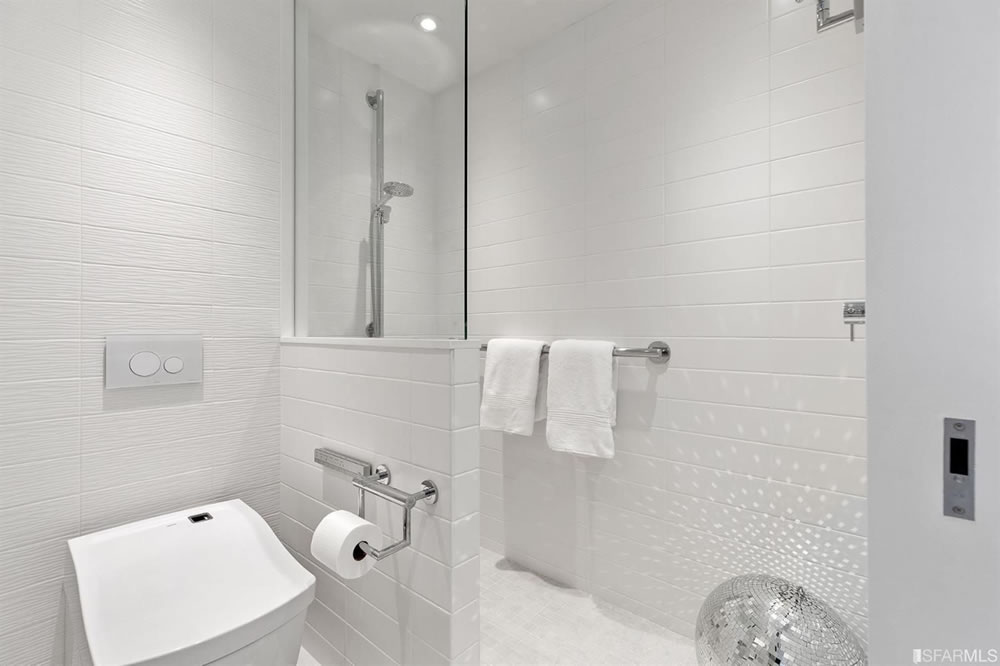 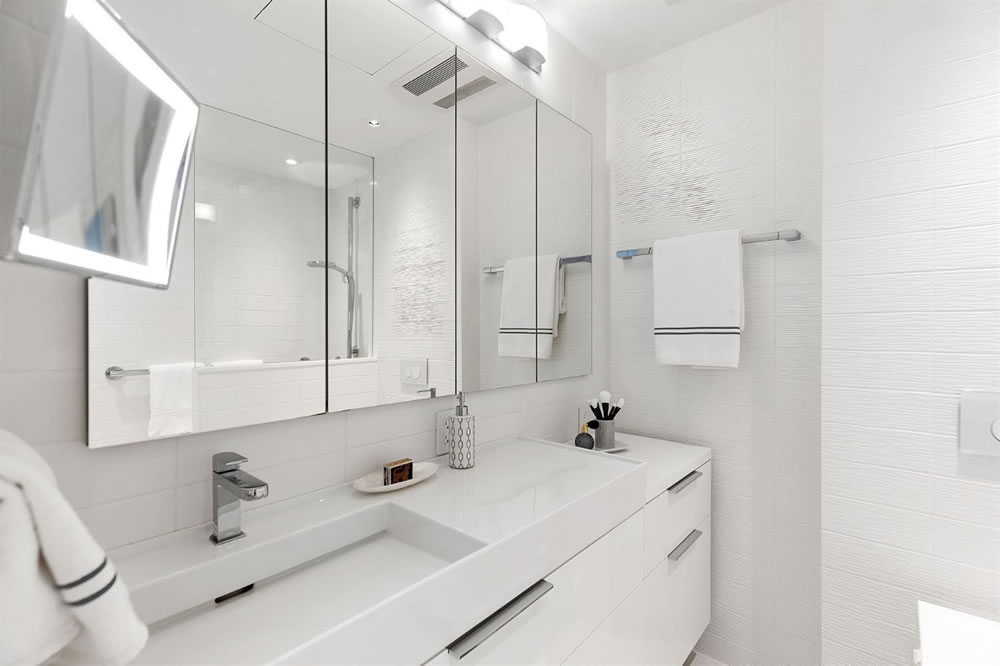 Purchased for $1.7 million in June of 2017, the 947-square-foot, one-bedroom unit #30C in the Four Seasons Residences at 765 Market Street was subsequently remodeled – from its floor to ceiling and kitchen to bath – in an all-white “Modern Mediterranean-style,” with high-end finishes, custom-made lacquer cabinetry and built-ins, and framed city views.

The “beautiful example of Urban luxury in the sky” returned to the market priced at $2.495 million [last March].

And having been reduced to $1.95 million in April, to $1.85 million in June, to $1.65 million in September and to $1.595 million in October, 765 Market Street #30C is now in contract, having been further reduced to $1.35 million last month, a sale at which would be consider to be “at asking” according to all industry stats and aggregate reports but 20.1 percent below its 2017 price (not accounting for the cost/value of its remodeling).

Delisted from the MLS once a contract was secured, the sale of 765 Market Street#30C has now quietly closed escrow with a contract price of $1.2 million, down 29.4 percent from its 2017 value and an even greater loss when accounting for the cost of the remodeling.  And yes, the Case-Shiller index for “San Francisco” condo values, which has started to slip, was up 14.9 percent over the same period of time.

Mortgage Loan Application Volume Ticks Up (But Down)

Apples-to-Apples Versus Index for that "Miraloma Stunner"