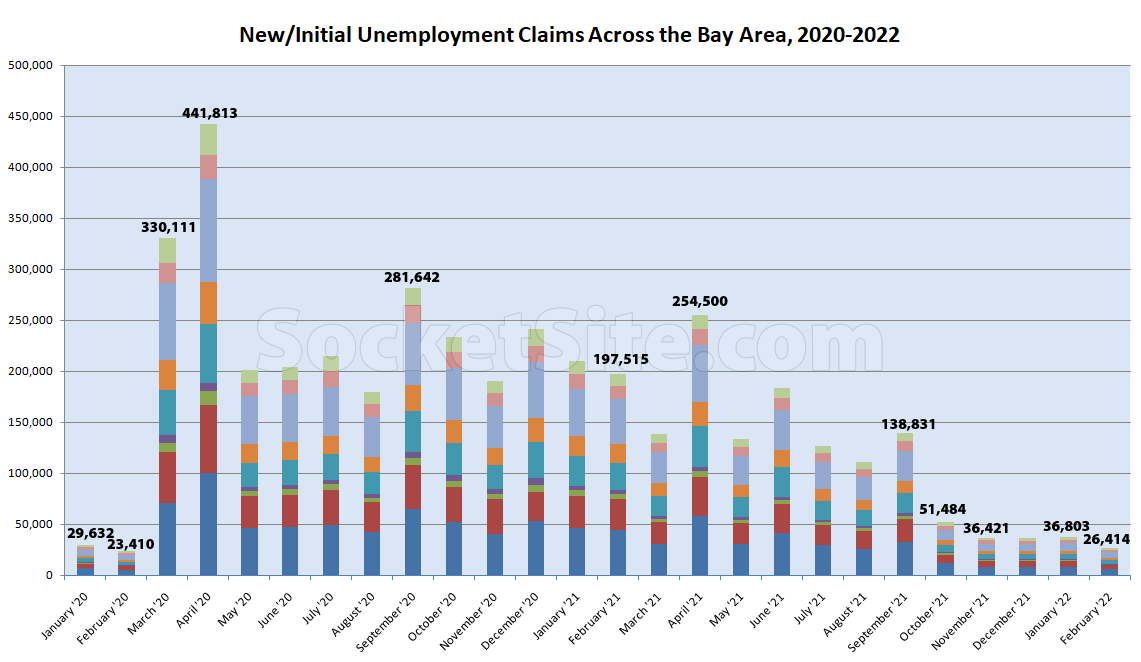 While the number of new unemployment claims filed across the Bay Area inched up in January to 36,803, which was still 24 percent higher than in January of 2020, prior to the pandemic having hit the local economy, the number of new claims filed in February dropped to 26,414, which was the fewest new monthly claims in two years and within 13 percent of February 2020 levels.

And having inched up to 5,066 in January, the number of new unemployment claims for residents in San Francisco dropped to 3,629 last month, which was not only the fewest new monthly claims since February of 2020 (3,303) but below a near-term pre-pandemic average of around 3,700 new claims per month. 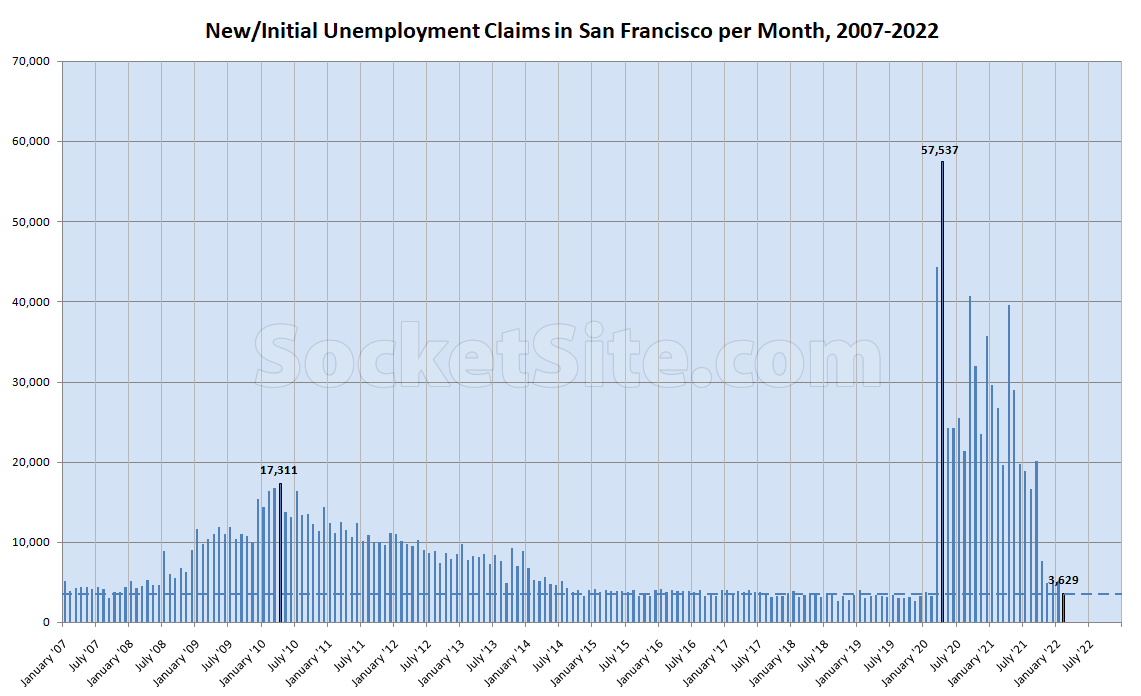