Plans to Bank This Mission District Lot Have Been Drawn 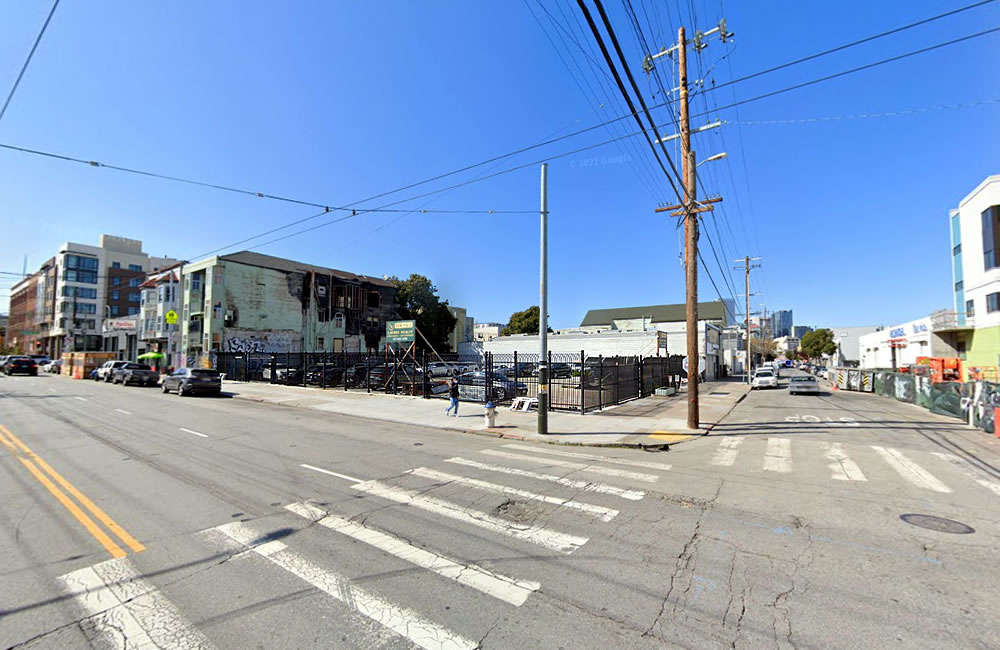 With an acceptable offer for the big Mission District parcel/parking lot on the corner of 16th Street and Shotwell, which was on the market for $10 million last year and upon which the Rolling Stock tire shop had stood prior to being engulfed in flames back in 2015, having failed to emerge, plans to effectively bank the parcel appear to have been drawn.

If approved, 14 electrical vehicle charging stations could be installed on the site for use by both the public and private fleet companies, along with a new motorized gate for access.

Keep in mind that the 13,000-squre-foot parcel is zoned for development up to 58 feet in height but currently limited to production, distribution and repair (PDR) uses, a designation which doesn’t allow for either residential or general office uses. A “laboratory” development would, however, be allowed.

The Master Plan to Transform Stonestown into a Neighborhood