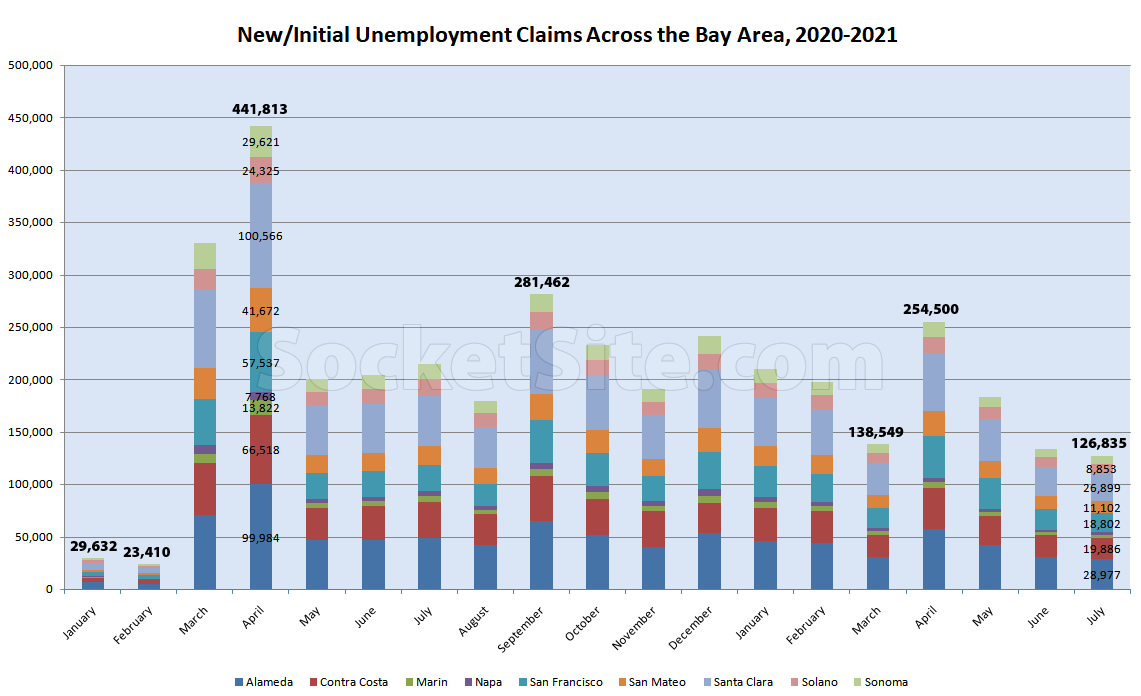 The number of new unemployment claims filed across the Bay Area dropped to 126,835 in July, which was the fewest new claims in a month since the pandemic hit, down from a pandemic high of 441,813 in March of last year and versus an average of 190,400 a month in the second quarter of this year. 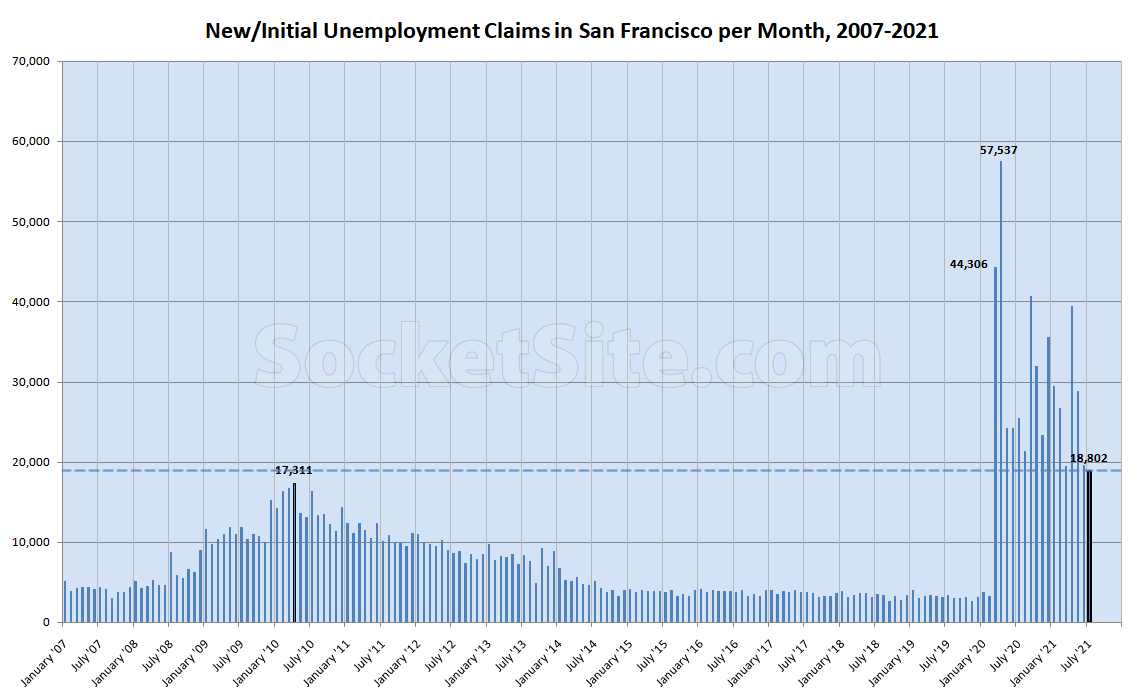