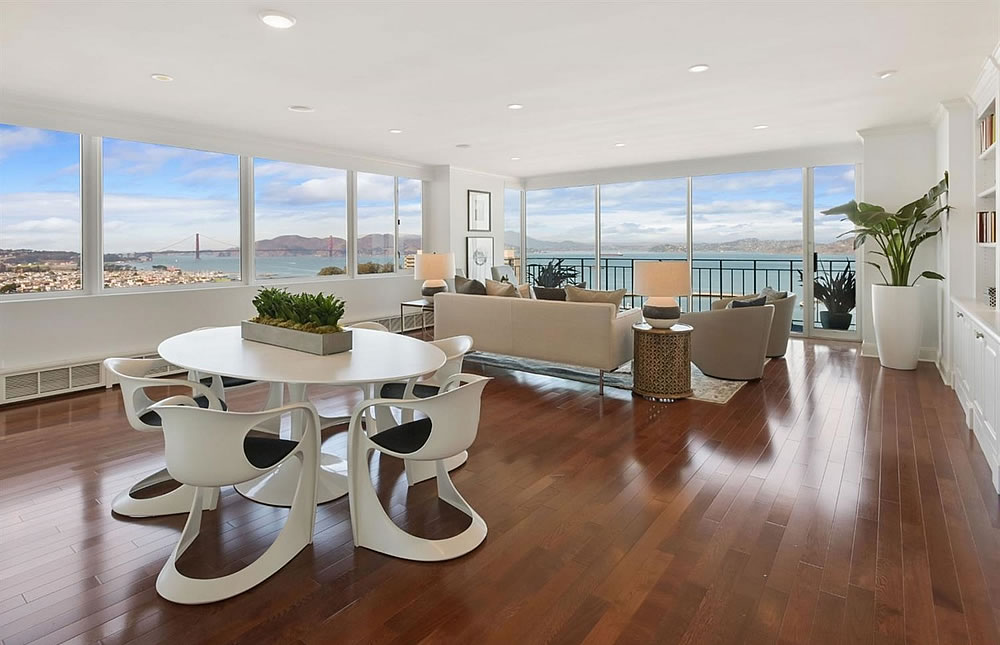 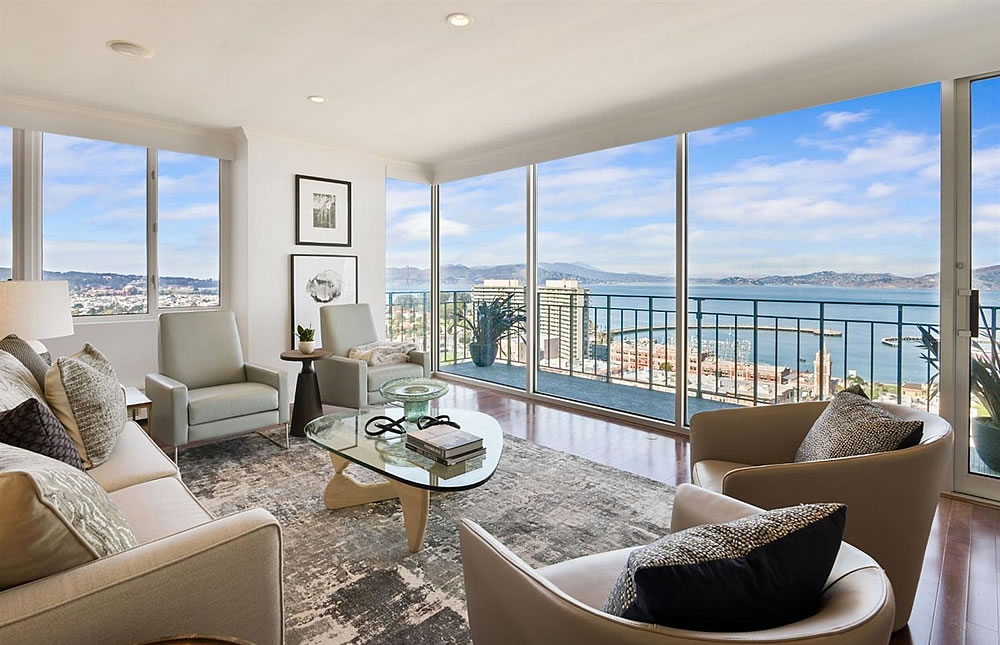 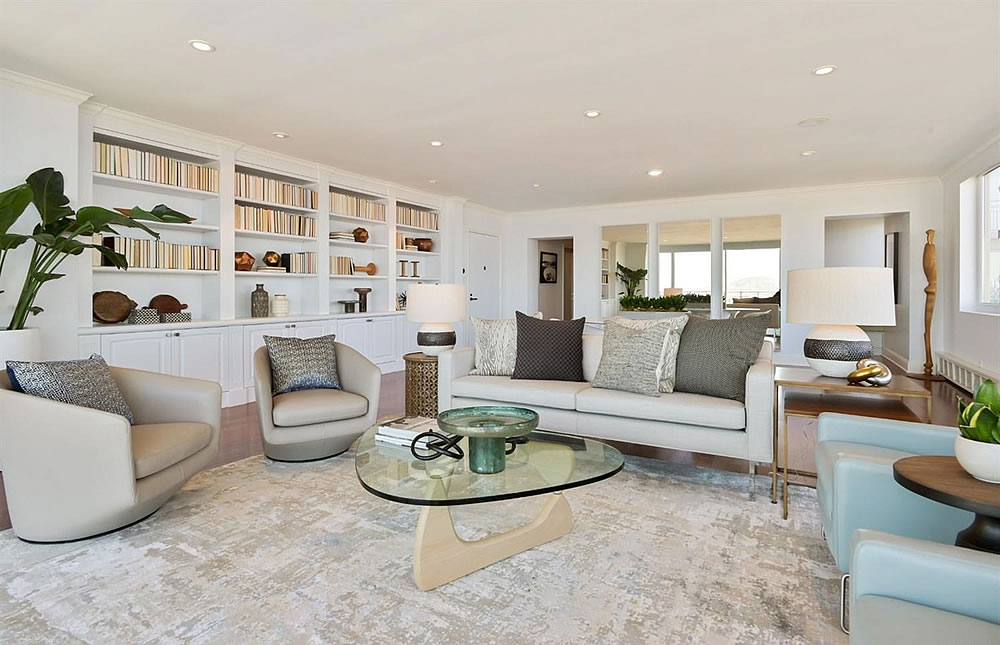 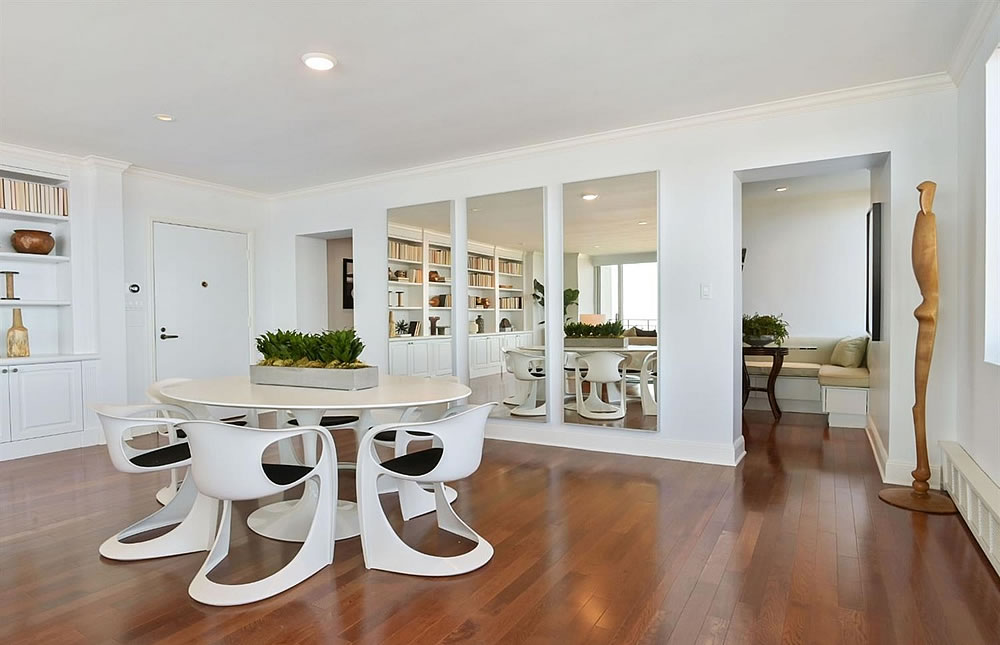 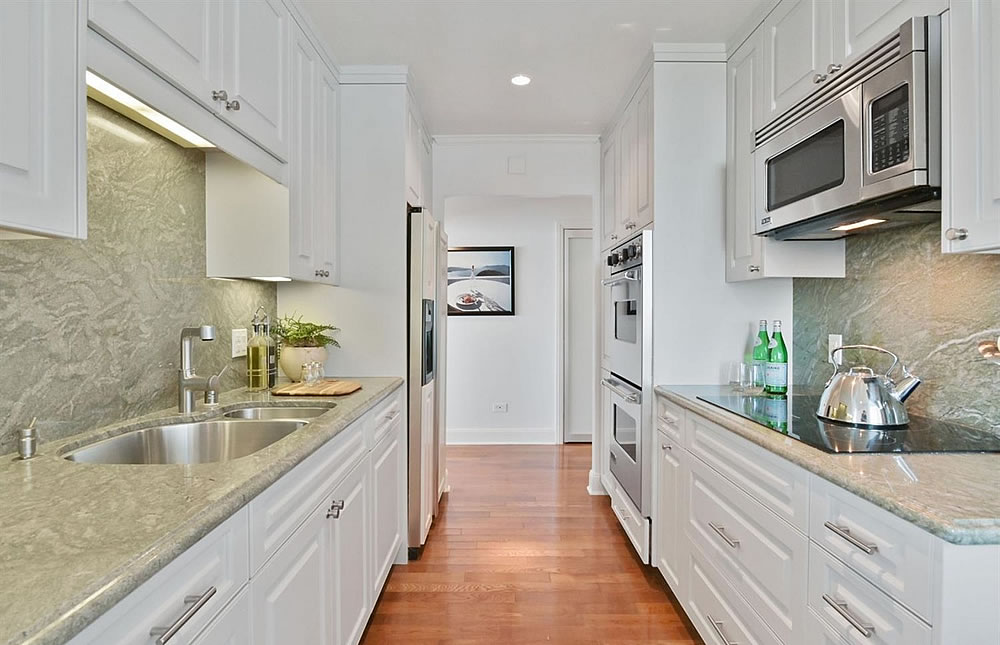 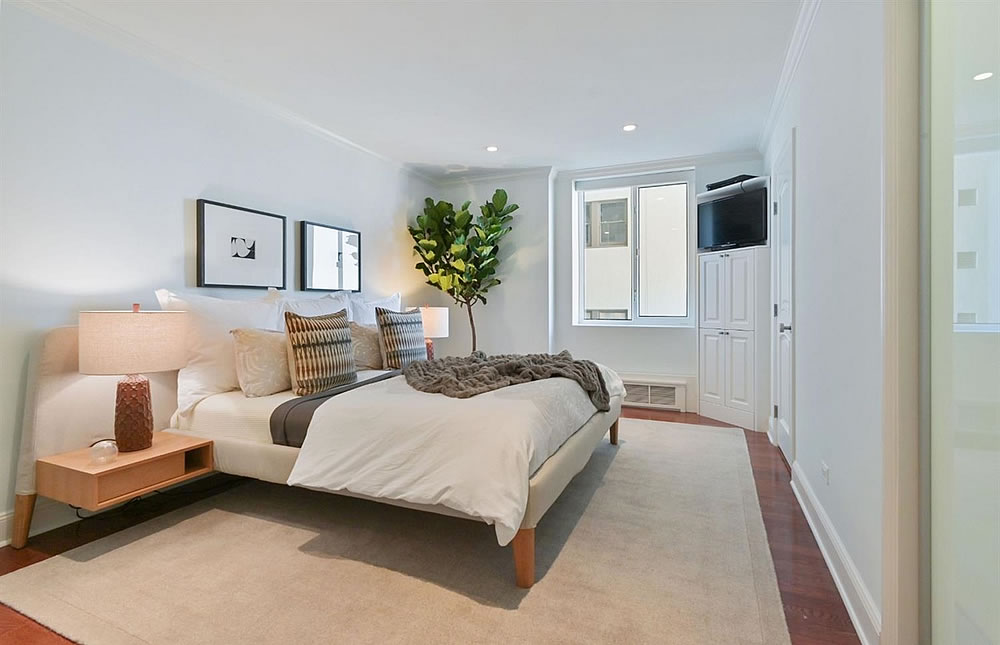 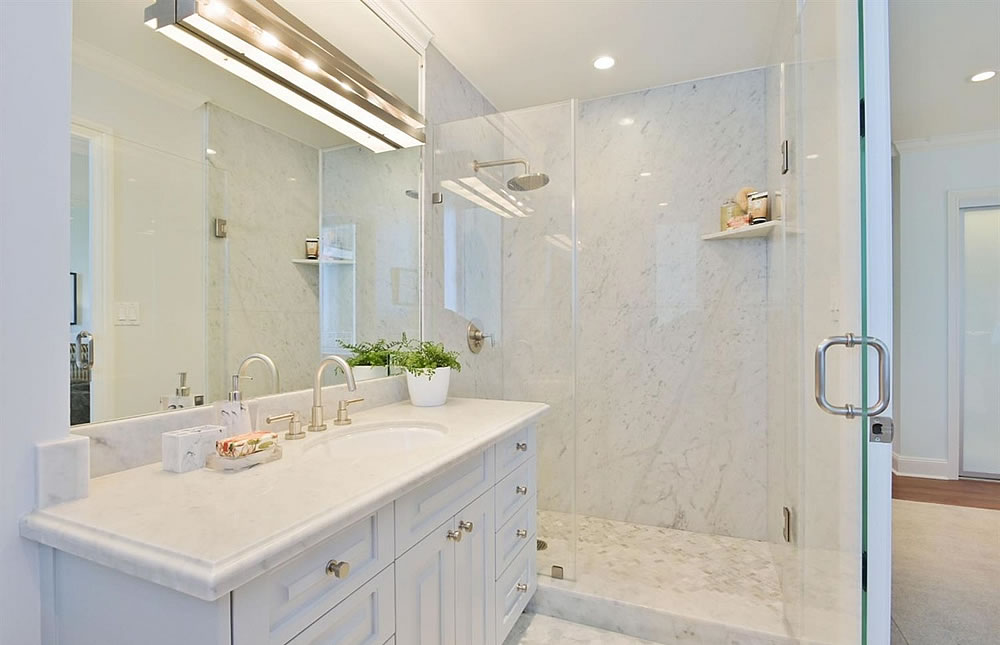 Featuring picture-postcard views, spanning from the Golden Gate Bridge to Alcatraz and far beyond, the renovated unit #3C at 1080 Chestnut Street, which is a classic cooperative building “on one of Russian Hill’s most desirable flat blocks,” with a 24/7 doorman and live-in property manager, was purchased for $3.45 million, or roughly $2,127 per square foot, in December of 2016.

The 1,622-square-foot unit is outfitted with two bedrooms, two baths, a north-facing balcony, and side-by-side parking for two cars in the building’s garage.

And having returned to the market priced at $3.495 million in October of last year, a list price which was reduced to $3.150 million this past May, the re-sale of 1080 Chestnut Street #3C has just closed escrow with a contract price of $2.9 million or roughly $1,788 per square foot. And while $1,788 per square foot certainly isn’t cheap, it is 15.9 percent cheaper on an apples-to-apples basis.

The Case-Shiller index for Bay Area condo values was up 20.3 percent over the same period of time.

Purchase Mortgage Activity in the U.S. Ticks Down