Number of Homes on the Market in San Francisco Holds 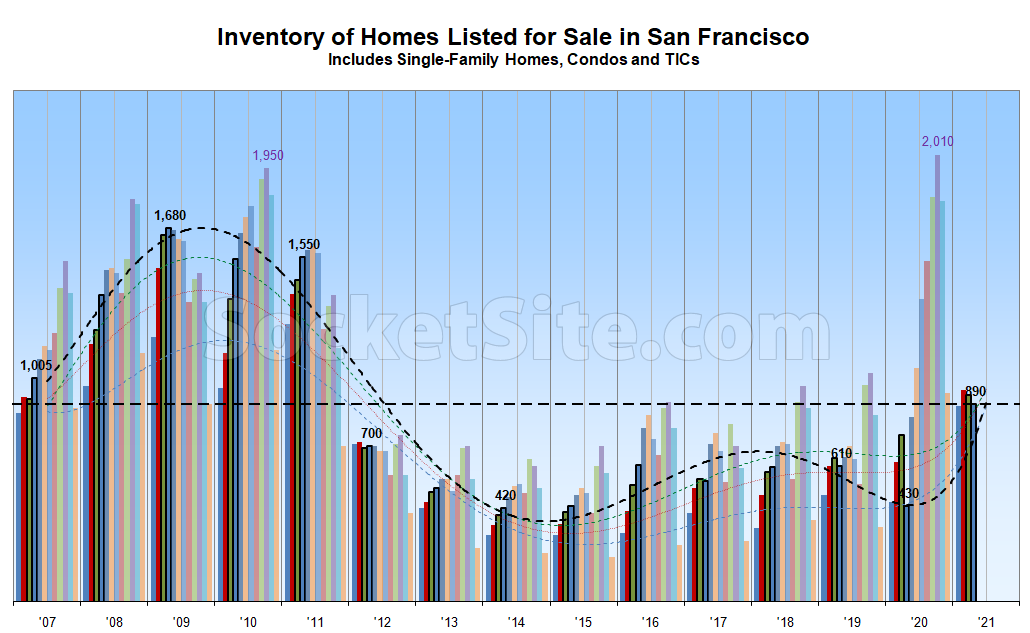 With the number of homes that were newly listed for sale in San Francisco over the past week matched by the number of new purchase contracts written, overall inventory levels effectively held at around 900 and a seasonal 10-year high.

And while the pandemic-driven exodus of listings in March of last year continues to skew the year-over-year numbers, current inventory levels are currently running around 50 percent higher than over the past ten years and over 100 percent higher than in 2015, driven by listings for condos but with the most single-family homes on the market for this time of the year since 2012, and over 40 percent more than in 2015, as well.  But the typical spring spike in inventory levels has yet to materialize.

Another Modern Two-Bedroom Trades Down Over 10 Percent