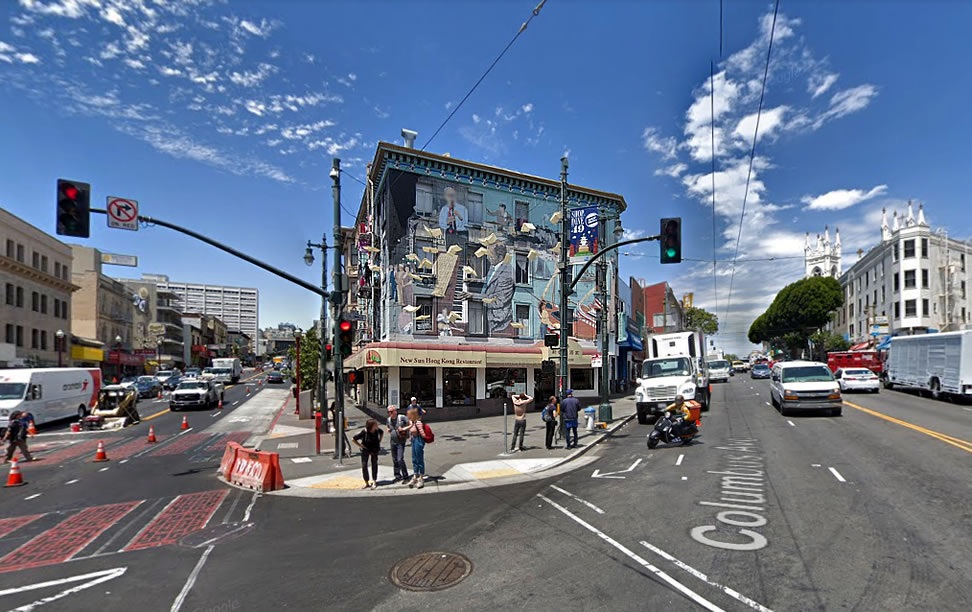 Prominently positioned on the northwest corner of Broadway and Columbus and adorned with the iconic Jazz Mural that Bill Weber first painted in 1987, and has since restored, the four-story building at 606 Broadway is now on the market for the first time in over 40 years.

Located at the intersection of North Beach, Chinatown and the old Barbary Coast, the 11,340-square-foot building is outfitted with 46 single-room occupancy (SRO) units, 39 of which are currently occupied, and a two-story commercial space which has been occupied by the New Sun Hong Kong Restaurant since 1989 and could be delivered vacant as the sellers of the building own and operate the restaurant as well.

And yes, the corner parcel is technically zoned for development up to 65 feet in height.

Another Bigger Infill Tower on the Boards