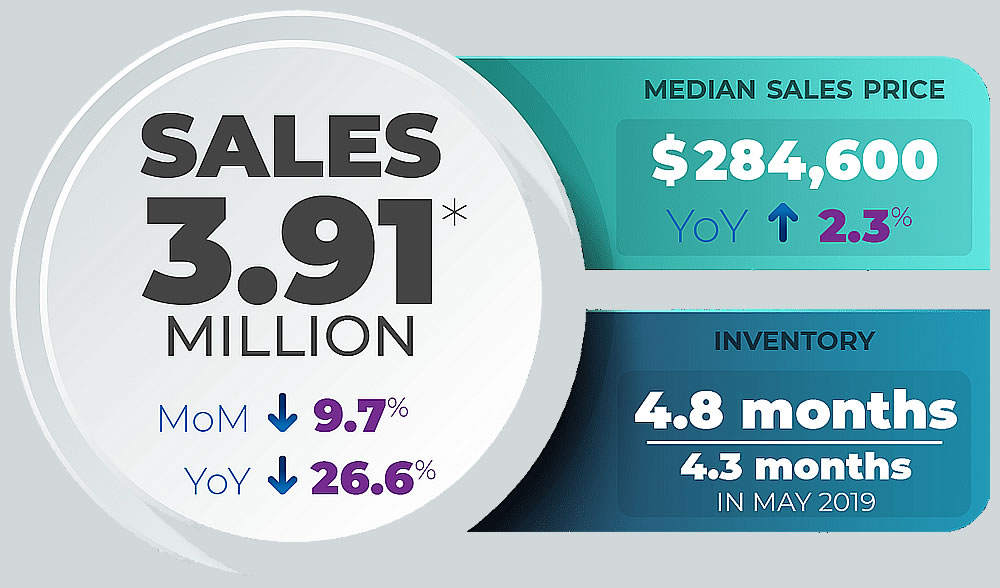 Having plummeted nearly 18 percent in April, the seasonally adjusted pace of existing-home sales across the U.S. dropped another 9.7 percent in May to an annual rate of just 3.91 million sales.

As such, the current pace of sales is now down 26.6 percent on a year-over-year basis according to the National Association of Realtors, with the biggest drop in sales out West, where the pace dropped another 11.1 percent in May and is now down 35.1 percent versus the same time last year.

And while listed inventory levels are up 60 percent on a year-over-year basis in San Francisco, they’re currently down 18.8 percent nationwide.

Reductions on the Rise