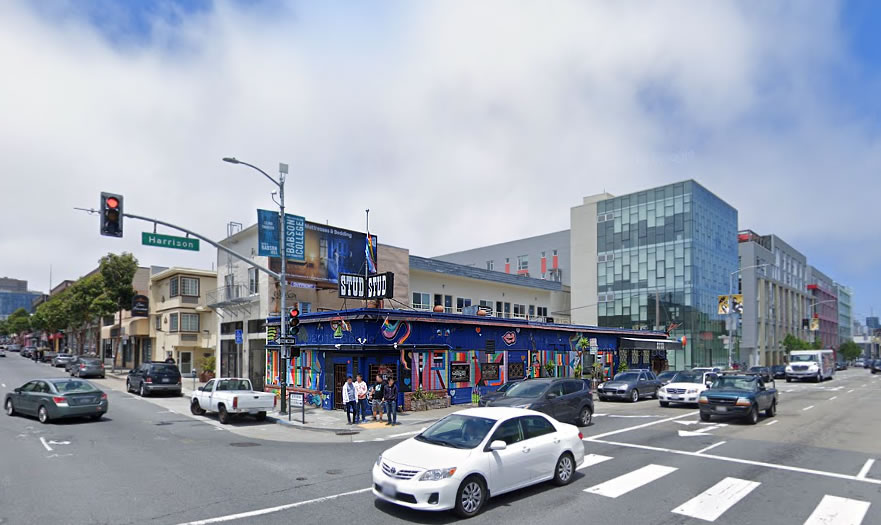 Founded on Folsom Street back in 1966 and then relocated to the northeast corner of 9th and Harrison in the late 80s, San Francisco’s iconic Stud bar will be relinquishing its lease at the end of this month, hobbled by the pandemic related shutdown and slated to be marked by a drag funeral on May 31.

That being said, while the 399 9th Street location will be shuttered, the cooperatively-owned LGBT bar is positioning to rise like a phoenix from the flames in a new, yet to be determined, location, the plans for which will be announced in a press conference this afternoon.

With respect to the corner building, it was sold for $1.875 million in June of 2016, prior to the bar being acquired by the Stud’s collective. And yes, while the building has been tagged as a historic resource, the parcel is zoned for development up to 55 feet in height.