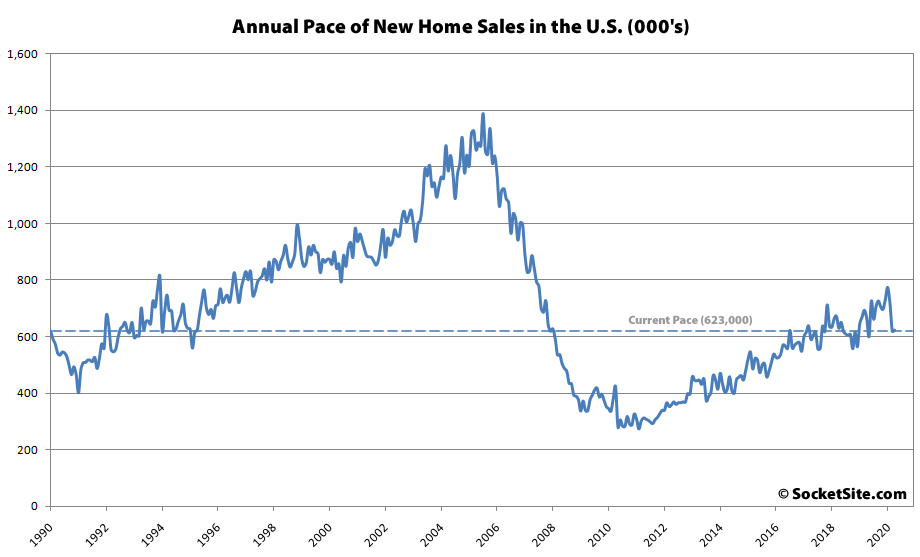 Having dropped (an upwardly revised) 13.7 percent in March, the pace of new single-family home sales in the U.S. was effectively unchanged in April (up 0.6 percent), for a seasonally adjusted annual rate of 623,000 sales (which is 6.2 percent lower than at the same time last year).

But the median price of the homes which sold last month dropped 5.2 percent to $309,900 and was down 8.6 percent versus the same time last year, undermined by an increase in the share of lower-end sales, while the inventory of new single-family homes for sale across the county slipped 1.6 percent to 325,000 homes but is now 3.3 percent higher than at the same last year. 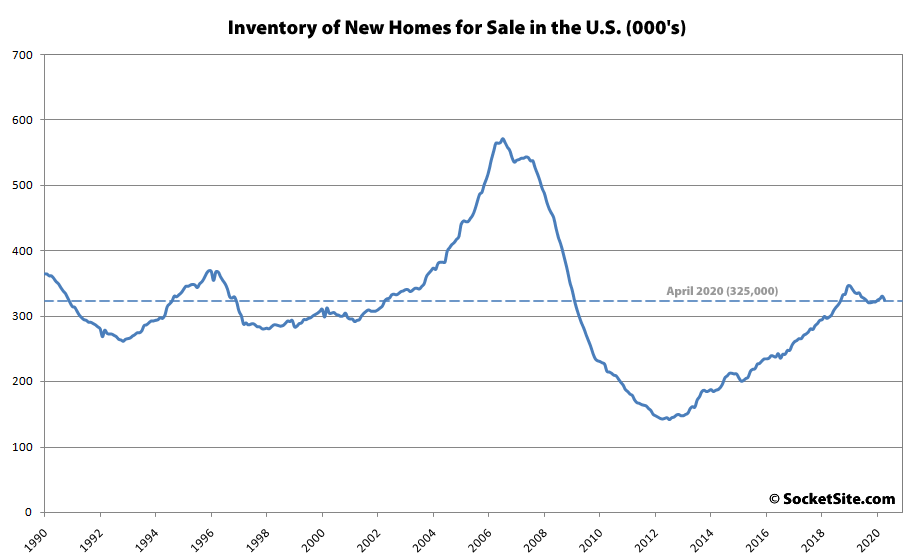 And having plummeted over 30 percent in March, the seasonally adjusted pace of new single-family home sales out west dropped another 6.3 percent last month to an annual rate of 133,000 sales, which is now 33.5 percent below the pace at the same time last year with 1.2 percent more homes for on the market (83,000).

Home Sales in San Francisco Rebounding but Still Down