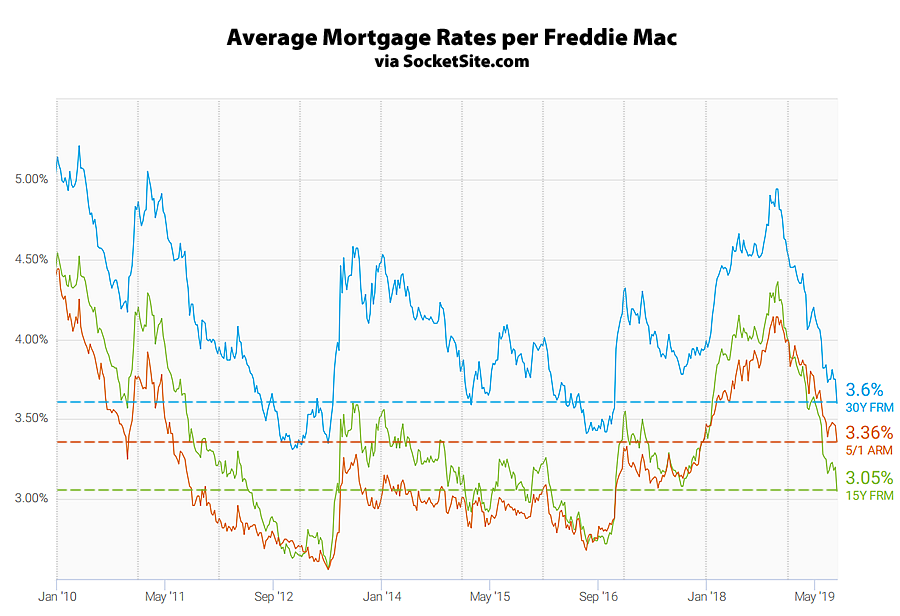 On the heels of the Fed having eased rates last week, the average rate for a 30-year mortgage has dropped 15 basis points to 3.60 percent, which is now 134 basis points (1.34 percentage points) below its mark in the fourth quarter of last year and within 18 basis points of a three-year low.

And according to an analysis of the futures market, the probability of the Fed easing rates for a second time this year is now up to 100 percent.