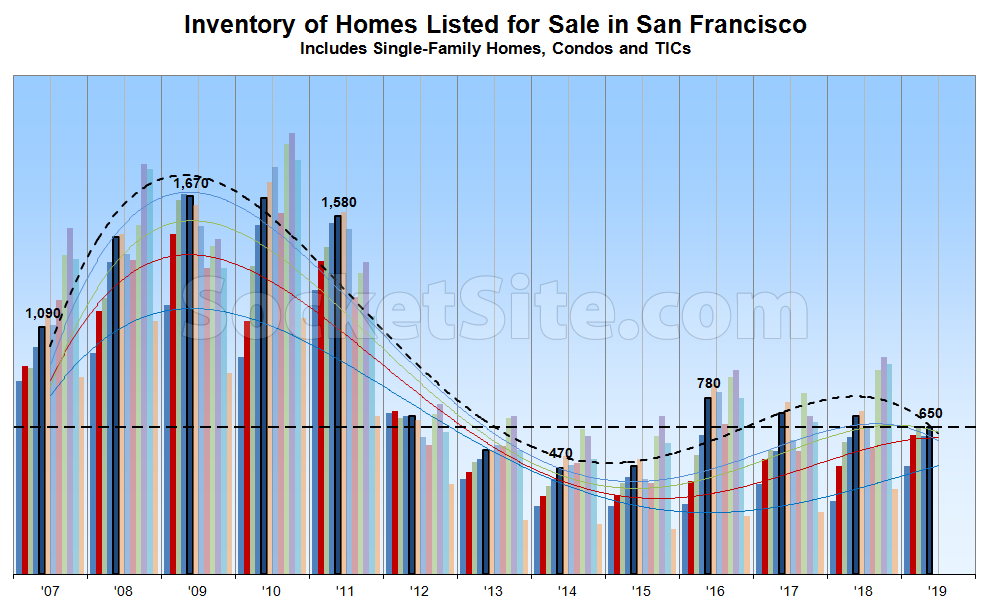 While the inventory of homes actively listed for sale in San Francisco inched up another 2 percent over the past week to 650, which is 38 percent higher than in mid-May of 2014, inventory levels are now running 7 percent lower than at the same time last year, which is the second straight week of year-over-year declines.

The relative drop in inventory levels has been driven in part by an uptick in sales activity, the pace of which has actually started to slow, along with a rather by a significant slowdown in new listing activity over the past two weeks, trends that could quickly reverse.

And yes, we’re still expecting inventory levels to continue to climb through June in San Francisco, at least in the absolute, followed by a summertime lull and peak in the fall.