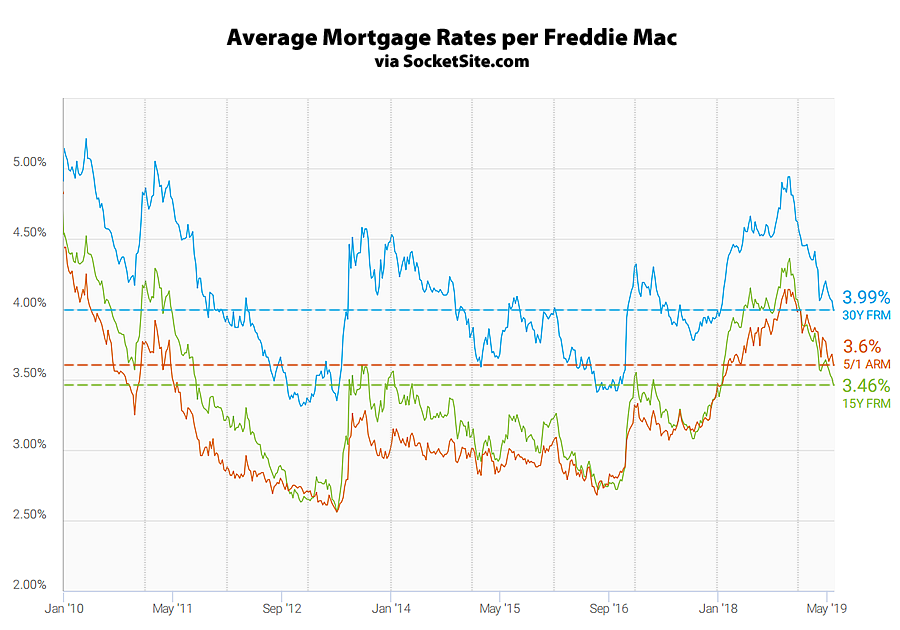 Having shed 7 basis points over the past week, the average rate for a 30-year mortgage now measures 3.99 percent, an average rate which is 57 basis points lower than at the same time last year and the first sub-four percent rate since January of 2018, according to Freddie Mac’s latest Mortgage Market Survey data.

And despite the drop in rates, pending home sales are down, both nationally and in San Francisco.

Denser Infill on the Boards