Benchmark Mortgage Rate Ticks Up, Odds of an Easing Jumps 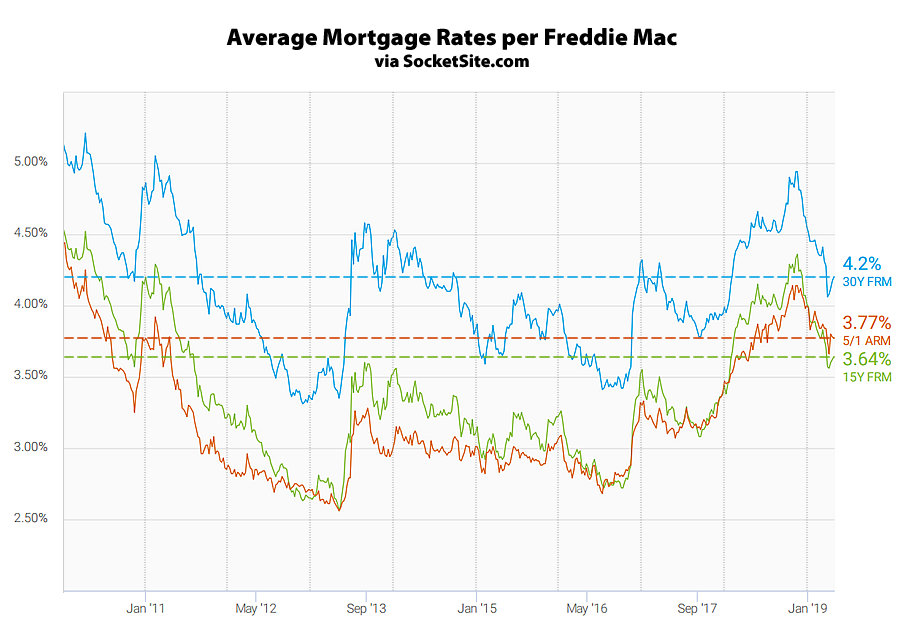 The average rate for a 30-year mortgage inched up 3 basis points over the past week to 4.20 percent, which is up 14 basis points since the end of March but 38 basis points below the average rate at the same time last year (4.58 percent), according to Freddie Mac’s latest Mortgage Market Survey data.

With the probability of the Fed instituting another rate hike by the end of the year holding at zero, the odds of an easing jumped from 45 to 60 percent over the past week, according to an analysis of the futures market.

And the fact that the seasonally adjusted pace of existing-home sales across the U.S. dropped last month, on both month-over-month and year-over-year bases, despite rates which remain well below average, and are lower versus the same time last year, should give one pause.