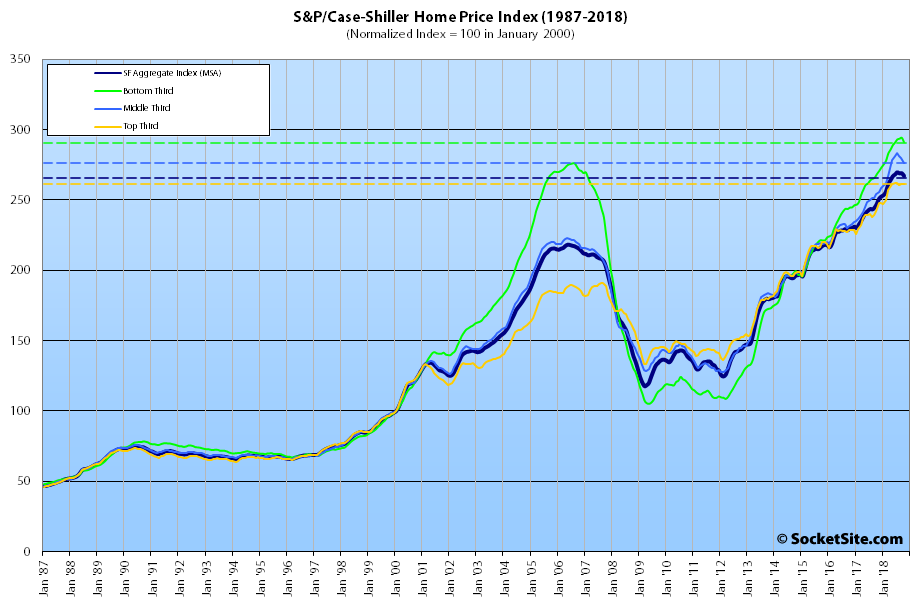 Having slipped 0.7 percent in October, the S&P CoreLogic Case-Shiller Index for single-family home values within the San Francisco Metropolitan Area – which includes the East Bay, North Bay and Peninsula – has shed a total of 1.0 percent over the past quarter and its year-over-year gain has dropped nearly three percentage points to 7.9 percent. 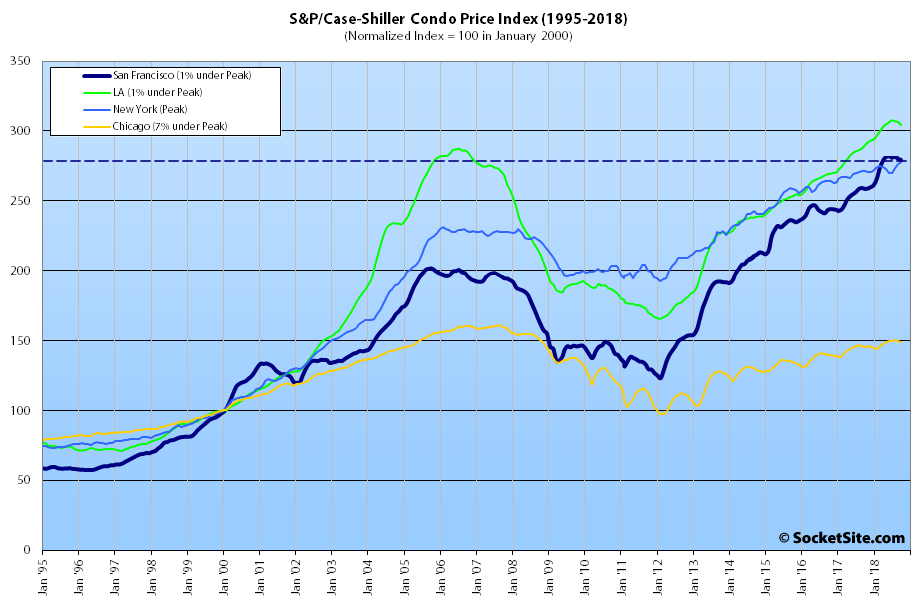 And while Las Vegas is still leading the nation in terms of home price gains, up 12.8 percent year-over-year versus a national average of 5.5 percent, Phoenix (up 7.7 percent) has just displaced Seattle (7.3 percent) for the third highest year-over-year gain with San Francisco holding at number two. Yes, San Francisco is now bookended by Las Vegas and Phoenix, two cities which featured rather prominently in the last major downturn.