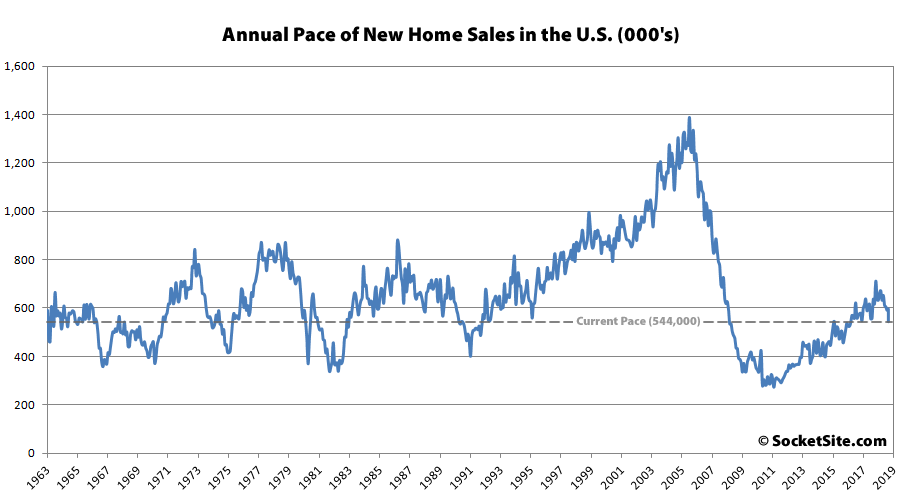 The seasonally adjusted pace of new single-family home sales in the U.S. dropped 8.9 percent in October to an annual pace of 544,000 sales which is 12.0 percent lower on a year-over-year basis and 16.8 percent below the long-term average for this time of the year.

At the same time, the number of new single-family homes for sale across the county increased 4.3 percent to 336,000, which is 17.5 percent higher on a year-over-year basis, three months away from a 10-year high and represents 7.4 months of available inventory (which is the most since 2011) while the median sale price ($309,700) dropped 3.6 percent and is now running 3.1 percent lower versus the same time last year. 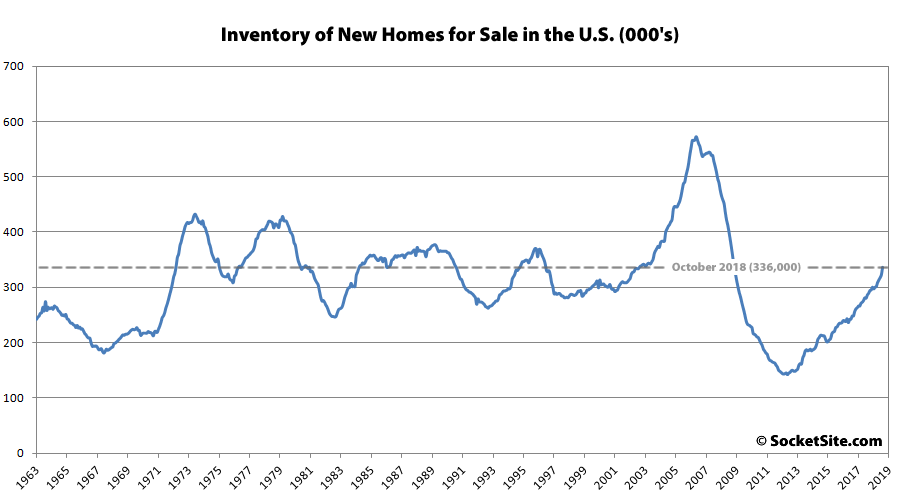 And having slipped a downwardly revised 0.6 percent in September, the annual pace of new single-family home sales in the West dropped 3.2 percent in October to 149,000 transactions and is running 1.3 percent lower versus the same time last year.