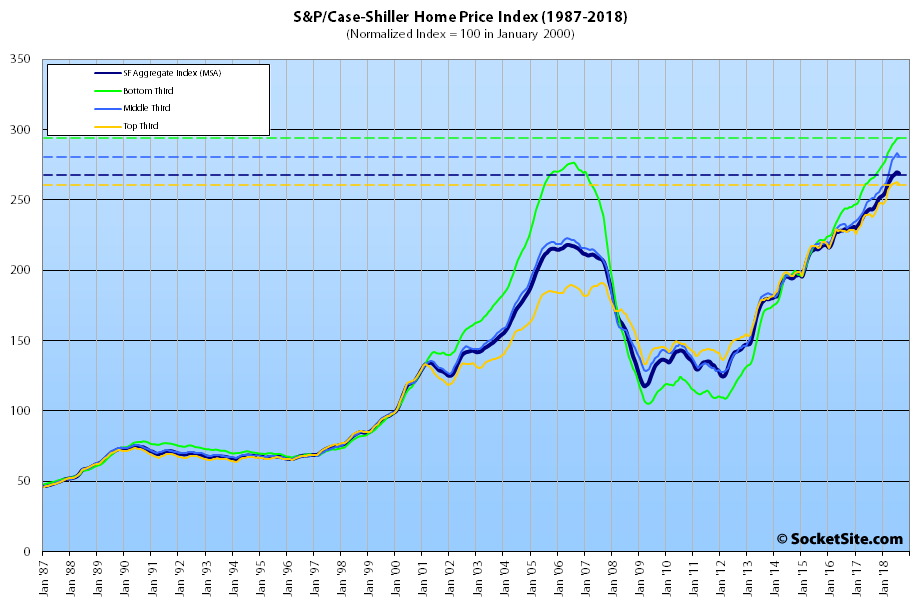 Having inched up 0.6 percent to a record high in July, the S&P CoreLogic Case-Shiller Index for single-family home values within the San Francisco Metropolitan Area – which includes the East Bay, North Bay and Peninsula – slipped 0.3 percent in August but remains 10.6 percent higher on a year-over-year basis with uneven gains across the market. 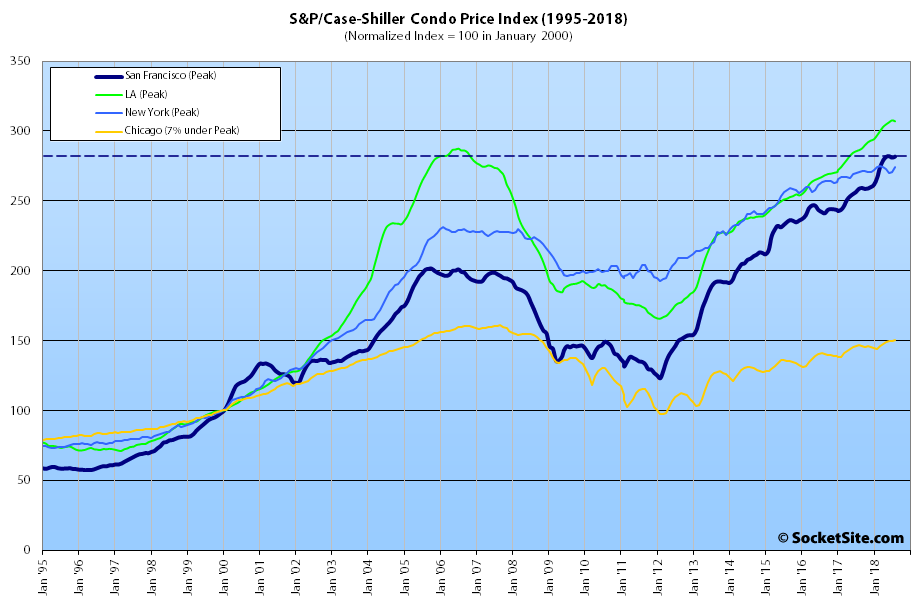 And once again, Las Vegas is leading the nation in terms of home price gains, up 13.9 percent year-over-year versus a national average of 5.8 percent. Those who forget the past…