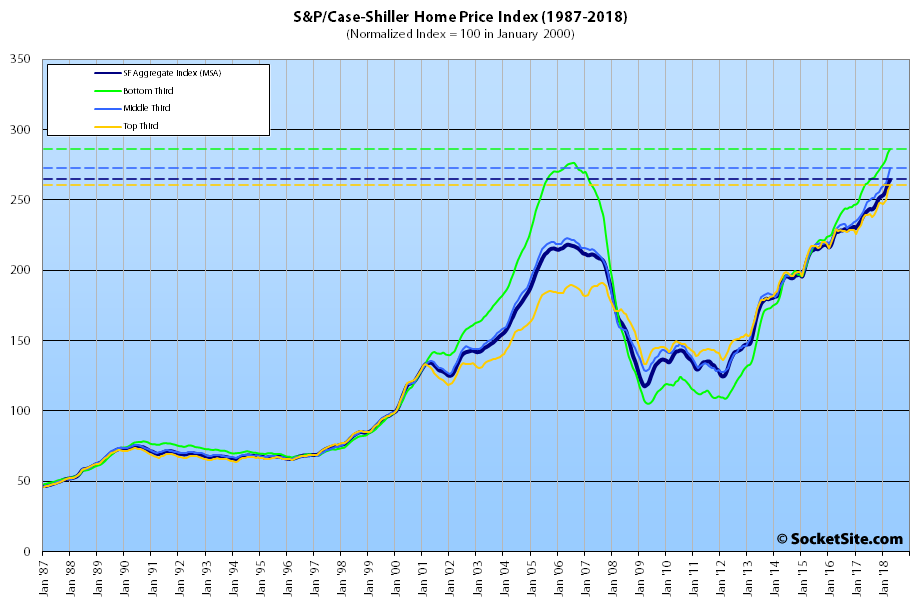 Having jumped 2.1 percent in March to a record high, the S&P CoreLogic Case-Shiller Index for single-family home values within the San Francisco Metropolitan Area – which includes the East Bay, North Bay and Peninsula – ticked up another one (1.0) percent in March and is now running 10.9 percent higher on a year-over-year basis versus 4.9 percent higher on a year-over-year basis at the same time last year.

And having ticked up 1.8 percent in April, the index for Bay Area condo values is now running 11.2 percent higher on a year-over-year basis, versus 11.3 percent higher in March, and 38.3 percent above its previous cycle peak in the fourth quarter of 2005. 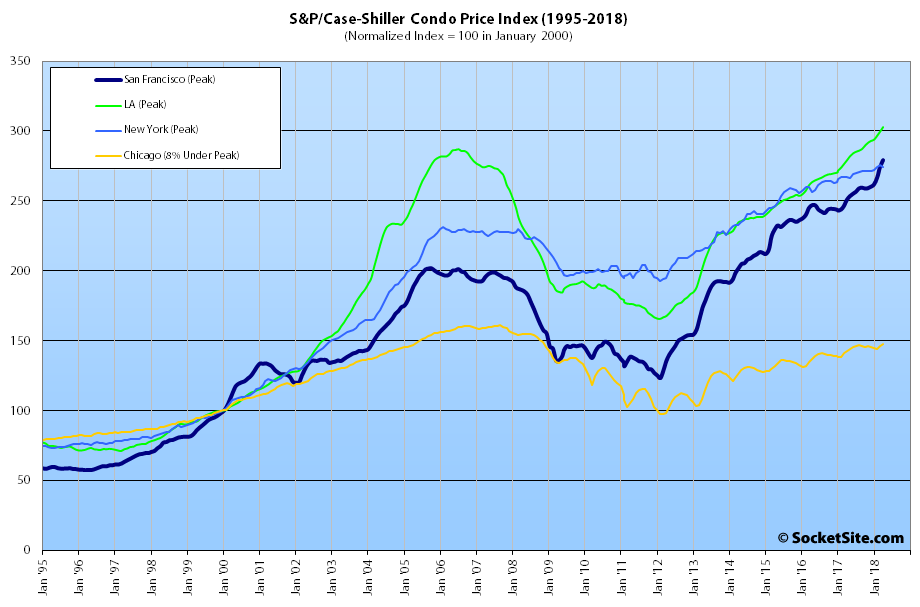 For context, across the 20 major cities tracked by the home price index, Seattle, Las Vegas and San Francisco recorded the highest year-over-year gains in March, up 13.1 percent, 12.7 percent and 10.9 percent respectively versus a national average of 6.4 percent.

A Six-Figure Salary Is NOT 'Low Income' in San Francisco