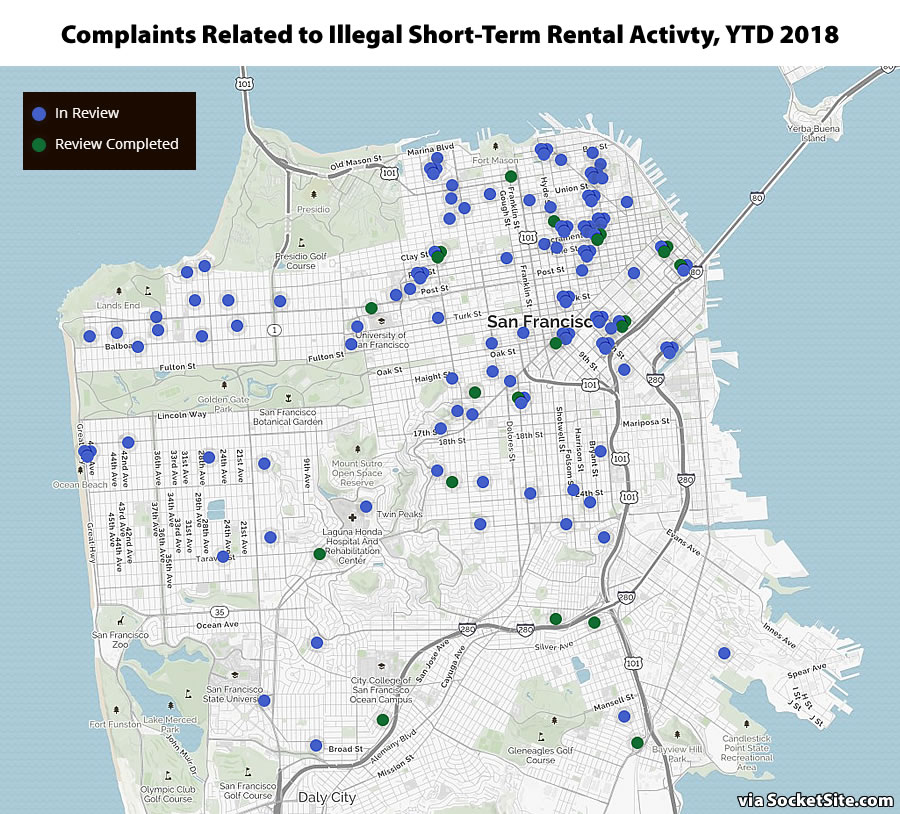 Complaint activity peaked in the second quarter of 2016, with over 200 complaints filed in that quarter alone, the same quarter in which the aforementioned law was originally approved by San Francisco’s Board of Supervisors but subsequently challenged and effectively adopted around the beginning of this year.

At the same time, attempts to circumvent the short-term listing law, by spoofing valid registration numbers or playing cat and mouse games with listings, have started to tick up. We’ll keep you posted and plugged-in.