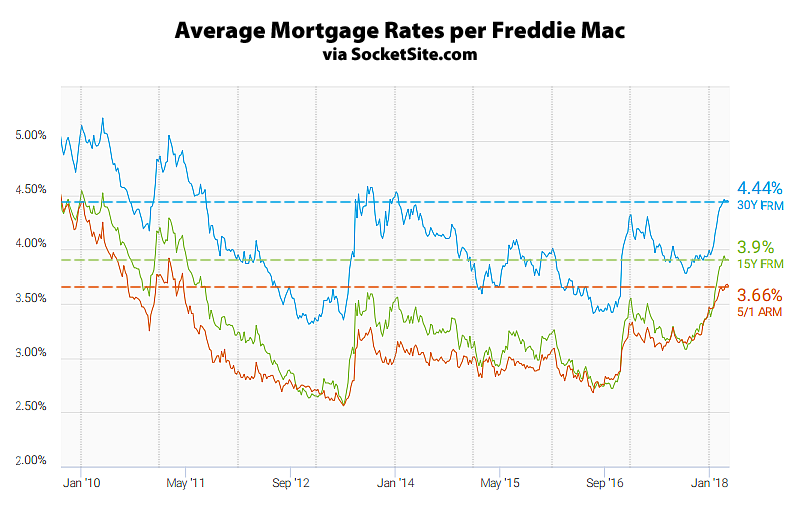 With the impact of the Fed’s predicted rate hike last week having already been priced in, the average rate for a benchmark 30-year mortgage has been holding around 4.44 percent, which is 30 basis points higher on a year-over-year basis, an increase of 51 basis points since the beginning of the year and within 14 basis points of a 5-year high (4.58 percent), according to Freddie Mac’s Primary Mortgage Market Survey data.

And according to an analysis of the futures market, the probability of the Fed’s next rate hike happening in June is currently running around 80 percent with the Fed having signaled a total of seven (7) more hikes over the next three years.