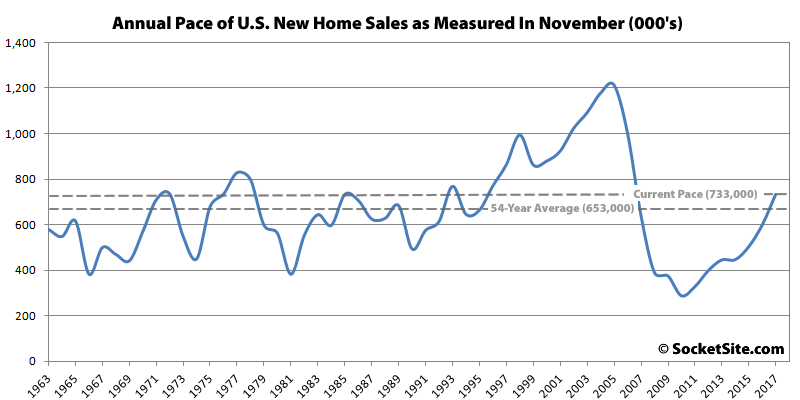 With the preliminary pace of new single-family home sales in the U.S. having been revised down from a 6.2 percent gain in October to a 1.7 percent decline, the seasonally adjusted rate jumped 17.5 percent from 624,000 October to 733,000 in November, which is 26.6 percent above the pace at the same time last year.

At the same time, the number of new single-family homes for sale across the county held at 283,000 and remains the most available inventory since June of 2009 and 14.1 percent higher versus the same time last year.

In the West, the annual pace of new single-family home sales jumped 31.1 percent to 194,000 in November, which is 22.8 percent higher versus the same time last year, while the pace of existing home sales in the West declined.