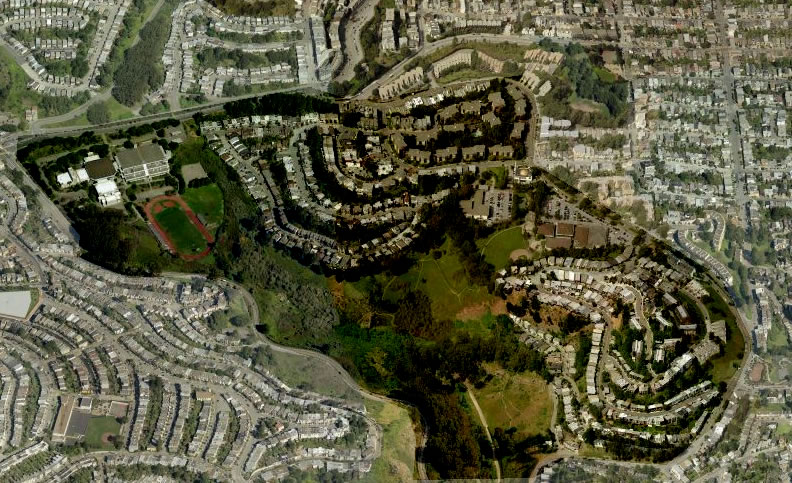 Up until the 1960s, the total population of Diamond Heights, between Noe Valley and Glen Canyon, was under 400 people.

Following a post-World War II population boom resultant housing shortage in San Francisco, the newly formed (and since disbanded) San Francisco Redevelopment Agency set its sights on the three hills of Diamond Heights (Red Rock, Gold Mine and Fairmount) which were mostly undeveloped at the time.

And with a master plan in hand, the agency started auctioning off parcels as part of San Francisco’s Diamond Heights Redevelopment Project in early 1961.

Eichler Homes, Inc. acquired the first 105 lots along Amber Drive and later deeded an uphill sliver of the land on the south side of Diamond Heights Boulevard/Clipper Street back to the Redevelopment Agency for the express purpose of constructing a “safety wall” to keep runaway vehicles from careening down on the new Eichlers and residents below. 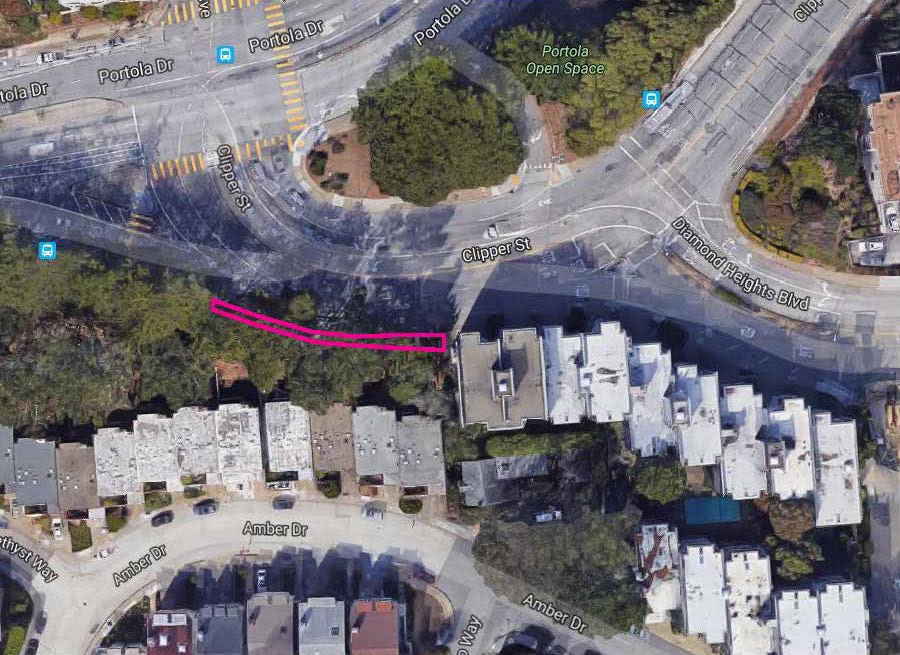 But in addition to its primary purpose, the Redevelopment Agency, which was led by Justin Herman at the time, had envisioned that the wall could also serve as a decorative gateway to the neighborhood.

A design competition for the wall held in 1964, at which point five semi-finalists were selected.

In 1966, an abstract design by the late Bay Area artist and modernist architect, Stefan Alexander Novak, was selected. And in 1968, having been waylaid by the financial difficulties of one of the neighborhood developers who had committed funds to finance the wall, the Diamond Heights Safety Wall – which is built out of redwood and reaches a height of 32 feet and is 50 feet long – was constructed and still stands on the site. 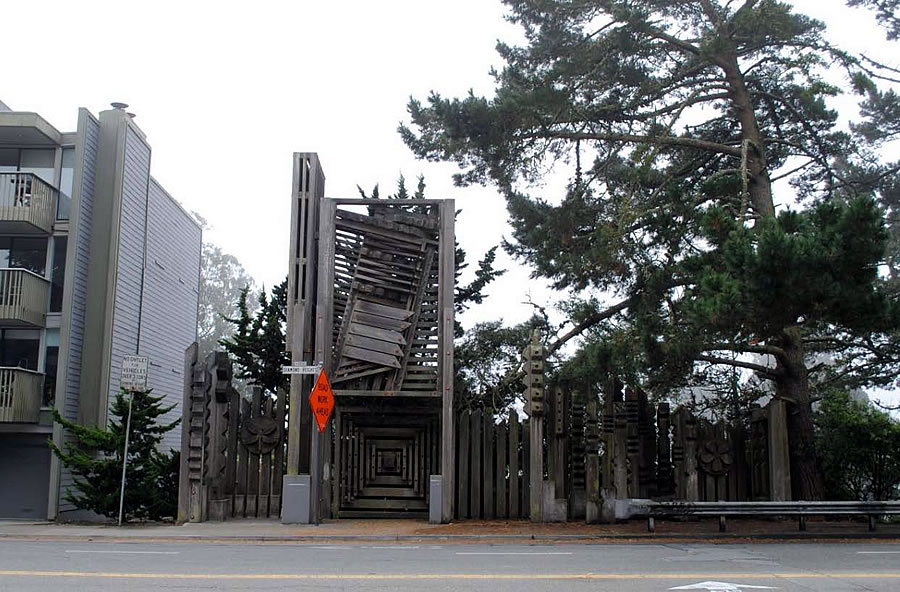 This afternoon, San Francisco’s Historic Preservation Commission will consider initiating formal proceedings to landmark the functional work of art which “embodies a hybrid of Modernist design balanced with a distinctly Bay Area, organic influence in the material choice of untreated redwood” and gateway to the Diamond Heights neighborhood, the population of which is now around 2,300, with San Francisco’s Planning Department recommending that they proceed.

And the missing towers referenced in our headline?  Well, the original plan for the redevelopment of Diamond Heights included a cluster of high-rise towers atop Red Rock Hill with over 600 apartments alone.

But citing slow sales of the townhouses along Diamond Heights Boulevard, which were to lay the groundwork for the towers, and subsequent financial woes, the towers were eliminated by the development team in favor of the low-rise units which were built.