New Home Sales in the U.S. Drop despite More Inventory 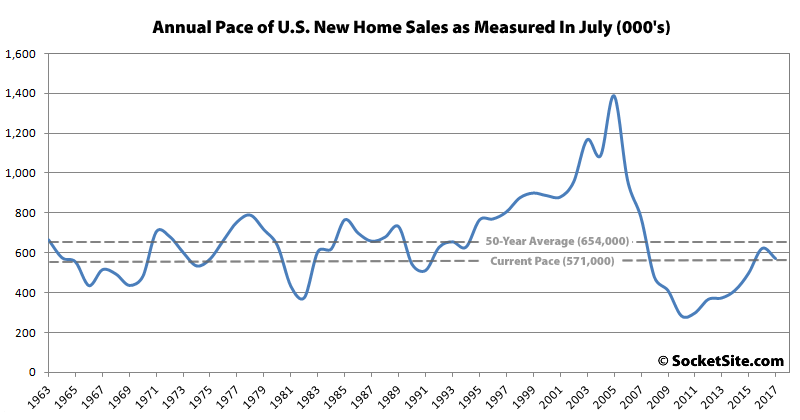 Having ticked up an upwardly revised 1.9 percent in June, the seasonally adjusted rate of new single-family home sales in the U.S. suddenly dropped 9.4 percent in July to an annual rate of 571,000 sales which is 8.9 percent below the pace of sales at the same time last year.

At the same time, the number of new single-family homes for sale across the county ticked up another 1.5 percent to 276,000, which is the most available inventory since June of 2009 and 16.5 percent higher versus the same time last year.

And in the West, the annual pace of new single-family home sales dropped 21.3 percent to 144,000 in July but remains 1.4 percent higher versus the same time last year (versus 33.3 percent higher on a year-over-year basis in June).