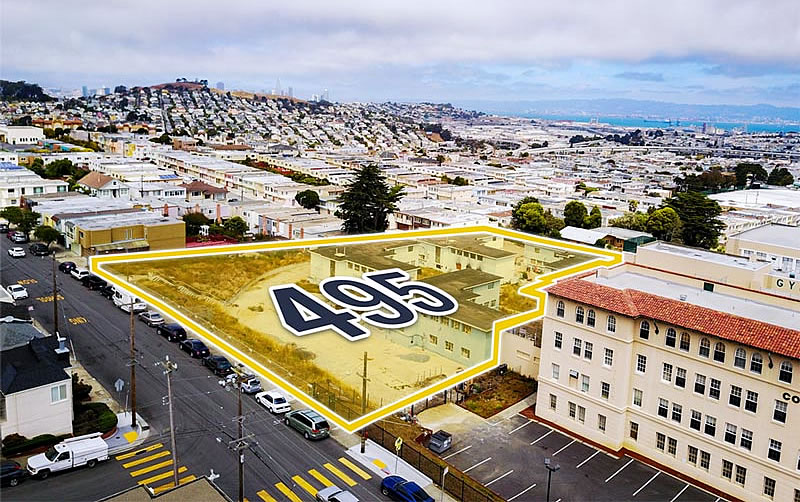 Plans to develop 36 townhomes and 18 duplexes upon the 2-acre Portola District parcel at 495 Cambridge Street having been approved by the City. And the permit to start demolishing the four former Fellowship Academy Day Care buildings on the site has been requested. 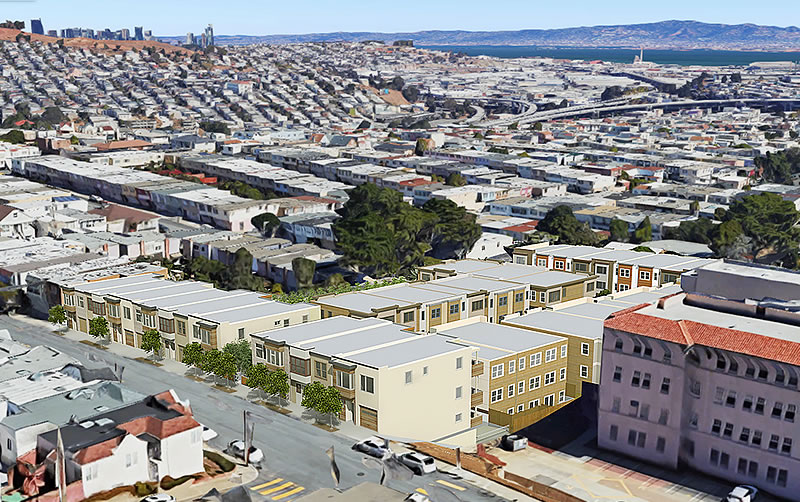 But rather than preparing to break ground for the 54-unit project (of which 7 units are to be offered at below market rates and for which 66 parking spaces, including 12 for “visitors” have been approved), the entitling team has just put the 495 Cambridge Street parcel and plans on the market with a $10.75 million price tag. 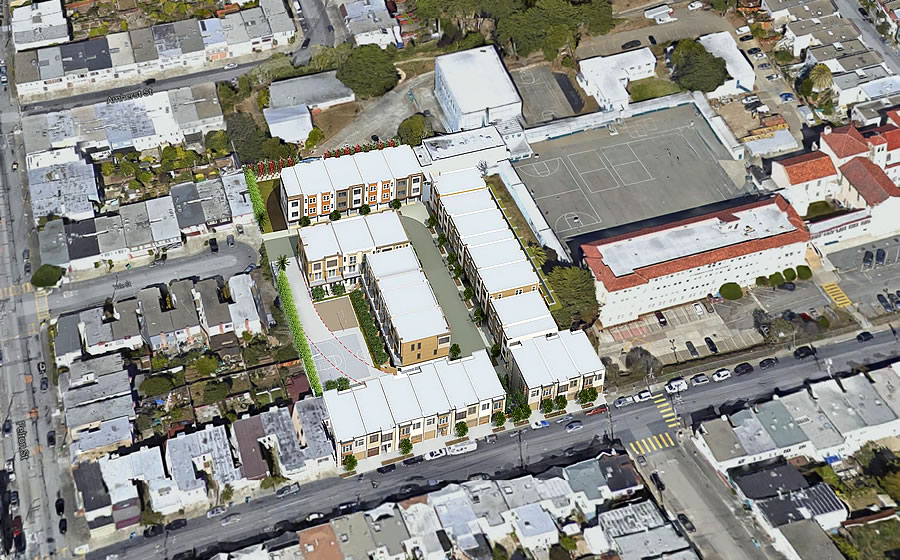 The approved units, the majority of which are three-bedrooms, average around 1,780 square feet apiece. 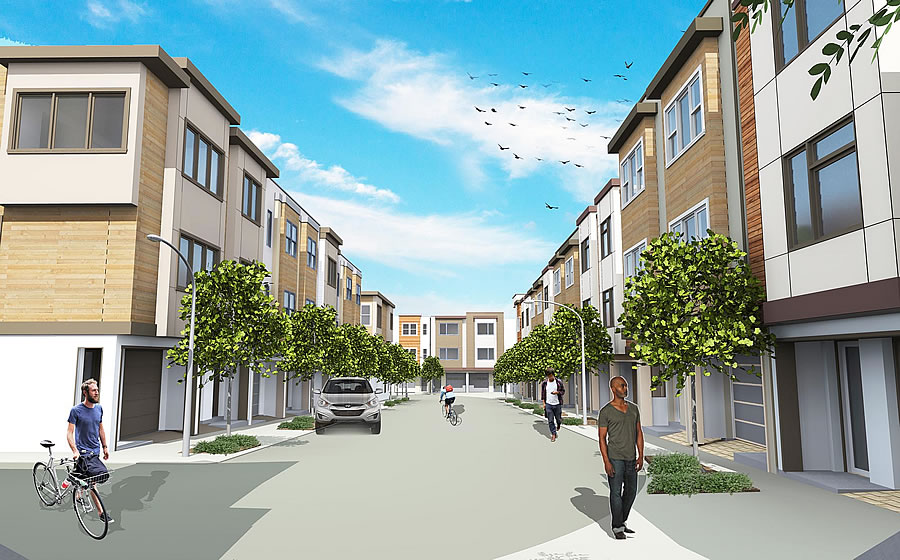 And as touted in the marketing materials, there is “No Union Hiring Requirement” for the development as approved.