Plans for 529 Units of Senior Housing in Deep East Oakland 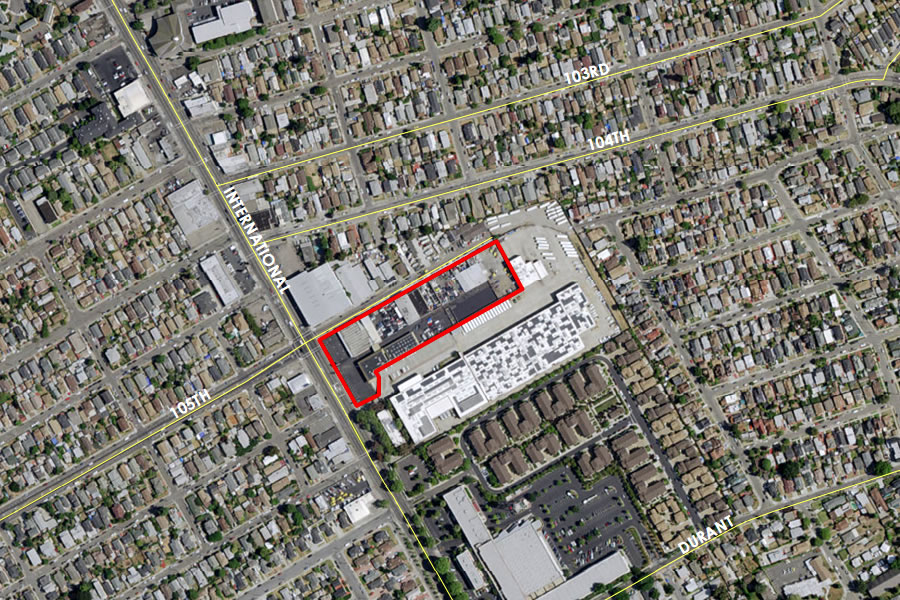 Plans for 529 units of senior housing to rise along 105th Avenue and International Boulevard, near Durant Manor in deep East Oakland, have been drawn for the Riverside Charitable Corporation. 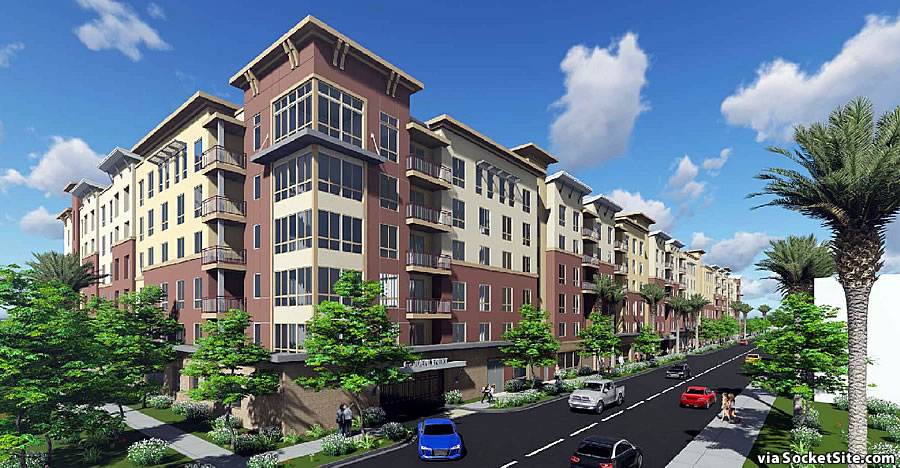 The proposed development would rise up to six stories in height across the 3.9-acre site which is generally bounded by 105th Avenue to north, an AC Transit facility to the south, and International Boulevard to the west, along which the existing Dollar Green, Rockforth Pharmacy and Borderline Automotive Service Center businesses on the site would be retained and remodeled as part of the International Boulevard Senior Housing project. 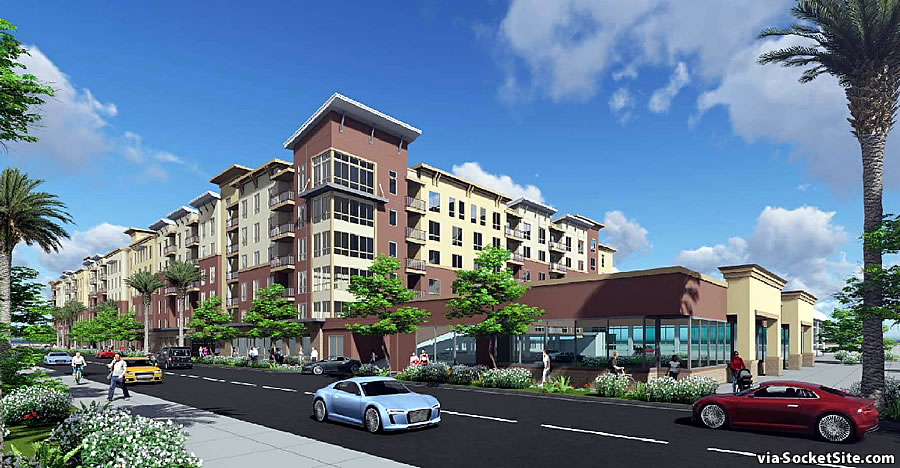 As proposed, 30 percent of the units would be offered at below market rates, priced to be affordable to those earning up to 60 percent of the area’s median income, and the ground floor of the development would include a garage for 334 cars.

And if approved, the project team is proposing to start leveling the existing auto body shop and service center on the site this June and have the development ready for occupancy by May of 2020.

Bay Area Unemployment Drops to near Record Lows, But...

In the Black or Red at Blu?