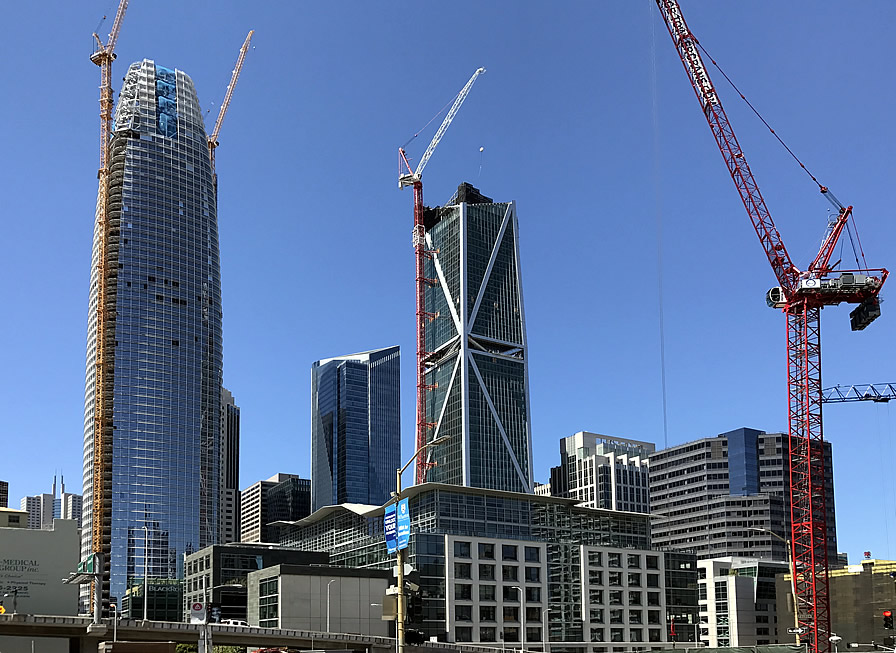 While sales activity for new condos in San Francisco has typically ticked up from March to April, the number of purchase contracts signed last month (35) was 62 percent lower than the month before and 17 percent lower versus the same time last year.

At the same time, the inventory of new construction condos available to purchase in San Francisco (950) remains 7 percent higher on a year-over-year basis, according to sales data from The Mark Company.  And the volume of new contract signings over the past twelve months remains 20 percent lower than the twelve months before despite having had an average of 62 percent more inventory from which to choose.

And having jumped 9.5 percent from February to March, the Mark Company’s pricing index for new construction condos in San Francisco dropped 5.2 percent in April and is now running 10.4 percent lower on a year-over-year basis and 12.8 percent below its August 2015 peak.

Keep in mind that there are around 5,600 units of housing under construction across the city, which does include projects slated for both sales and rentals.

Plans to Raise the Roof(s) on Oakland's Auto Row