Lake Merritt Rising: The Plans for a Grand Parking Lot Parcel with Views 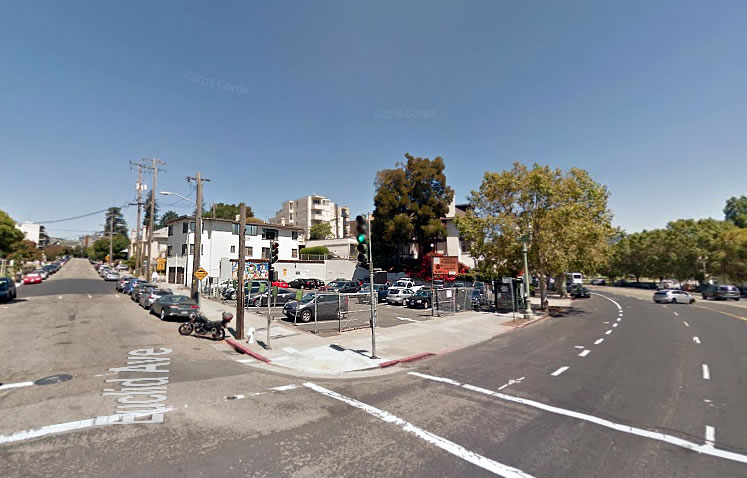 The site of a gas station from the mid-1940s to 1991, the service station at 500 Grand Avenue was demolished in 1992, its underground storage tanks were removed, and the parcel was turned into a surface parking lot with views of Lake Merritt.

But as proposed, the 500 Grand Avenue parcel will be merged with the 401-403 Burk Street parcel behind, the two-story commercial building fronting Burk will be demolished, and Ellwood Commercial Real Estate will develop a six-story building across the site. 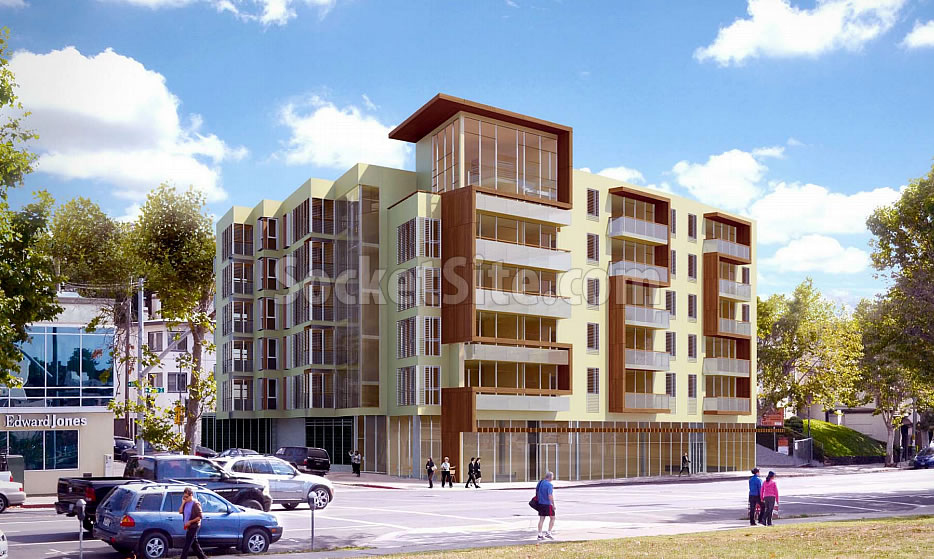 As designed by Kava Massih Architects, the proposed building includes 3,000 square feet of retail space fronting Grand Avenue, a ground floor garage with 47 parking spaces and its entrance along Euclid, and 40 apartments across the top five floors of the development. 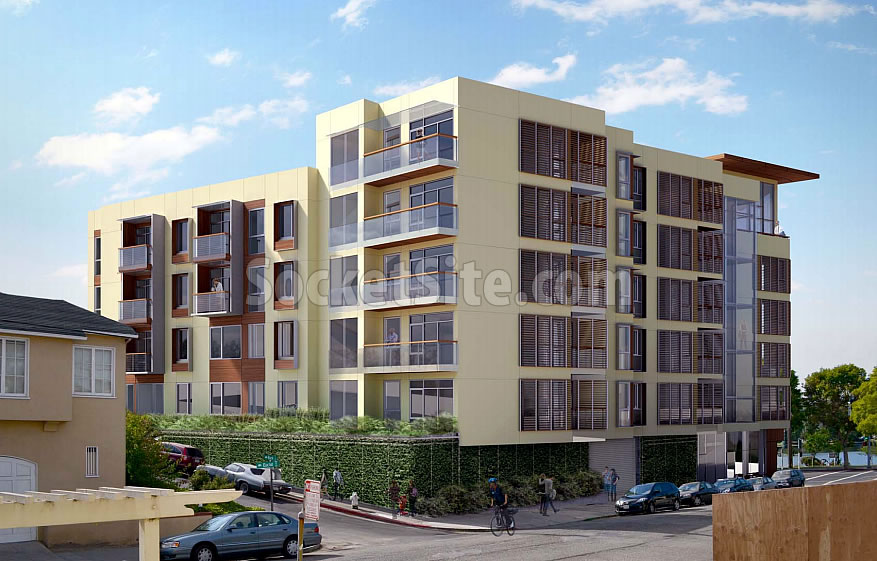 If approved, the project team is aiming to break ground by the end of this year or early 2018, with two years the estimated time to construct.

And while the 500 Grand Avenue parcel is currently only zoned for development up to 45 feet in height, the project team is planning to invoke California’s Density Bonus Law in order to build up to 65 feet in height as proposed and rendered above.