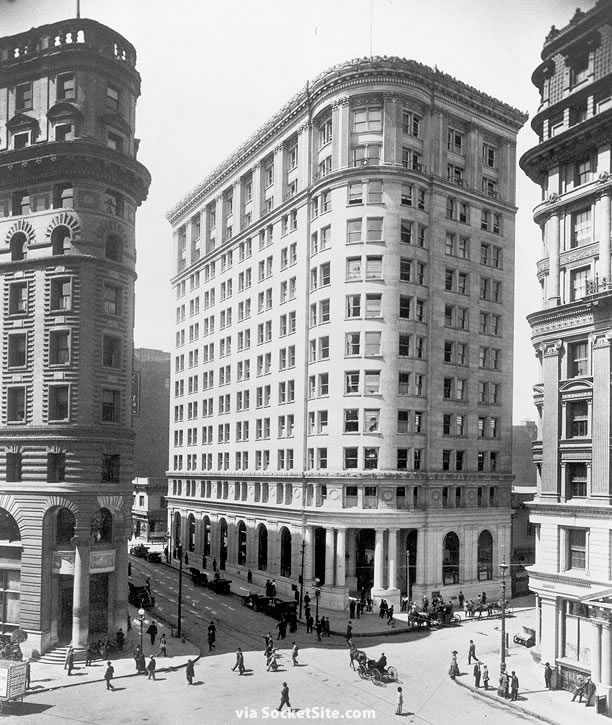 A twelve story building designed by Willis Polk for the First National Bank of San Francisco, which was acquired by Crocker National Bank, was constructed on San Francisco’s 1 Montgomery Street parcel, at the corner of Post, back in 1908.

And in 1921, a two-story addition was constructed on the 25 Montgomery Street parcel to the north, designed by Charles Gottschalk to replicate the style of Polk’s design.

In the 1960’s, “over concerns that the original sandstone facade was in poor condition,” the top ten floors of Polk’s building were remodeled by Milton Pflueger in a contemporary aesthetic.

In the early 1980’s, the top ten floors of 1 Montgomery were then removed in conjunction with the development of the adjacent Crocker Galleria and the 500-foot-tall tower at the corner of Post and Kearny, which is technically 120 Kearny but was branded “One Montgomery,” at which point the rooftop of the Crocker Bank building was converted into a privately-owned public open space (POPOS). 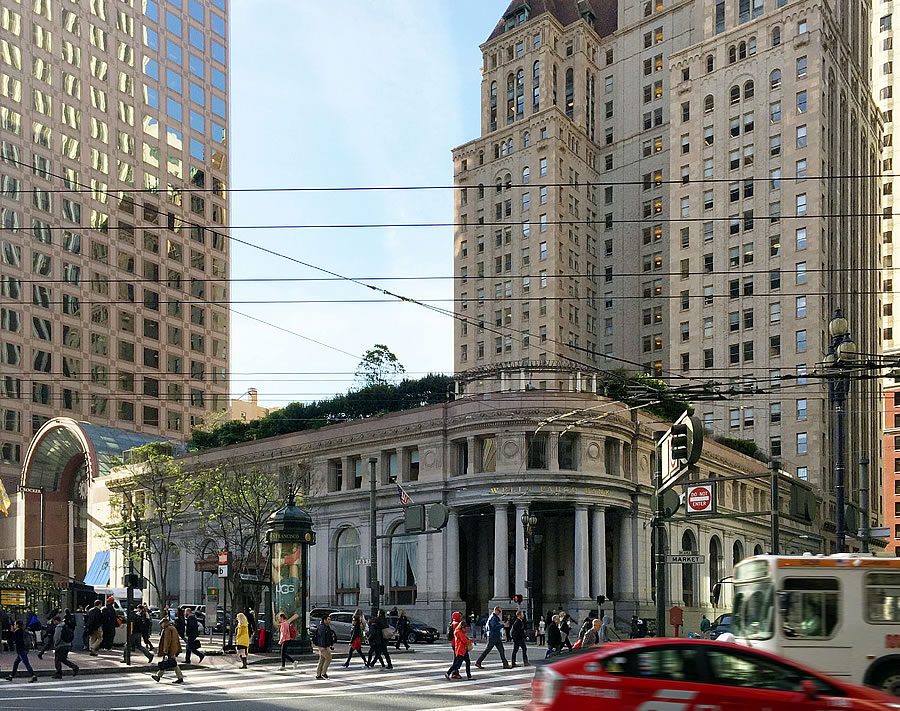 And it’s atop the surviving two-story bank building on the corner that a 500-foot-tall tower is now proposed to rise.

Proposed All Stars Donuts Redevelopment Is Now a Hotel