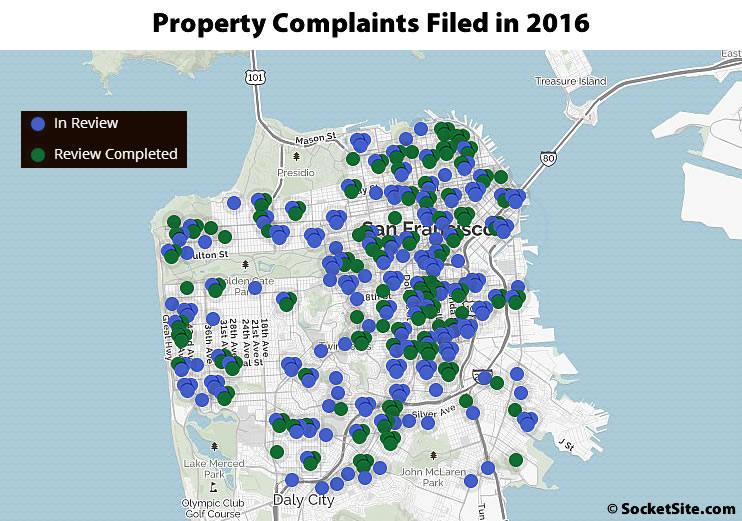 Since the beginning of the year, nearly 900 complaints have been filed with the city, alleging an illegal use, addition or action with respect to a property or property owner in San Francisco.

While the complaints have ranged from the operation of an illegal “art studio/swingers sex club” on the north side of town (sorry, we’re not giving out the address), to a neighbor’s building of an unpermitted structure in their backyard (“making the neighborhood look like it has a backyard slum”), nearly half the complaints have been related to reports of illegal short-term rentals, according to our queries of the City’s database.

Over the same eight months last year, a total of roughly 700 complaints were filed with the city, of which closer to only 20 percent were related to reports of illegal short-term rentals.