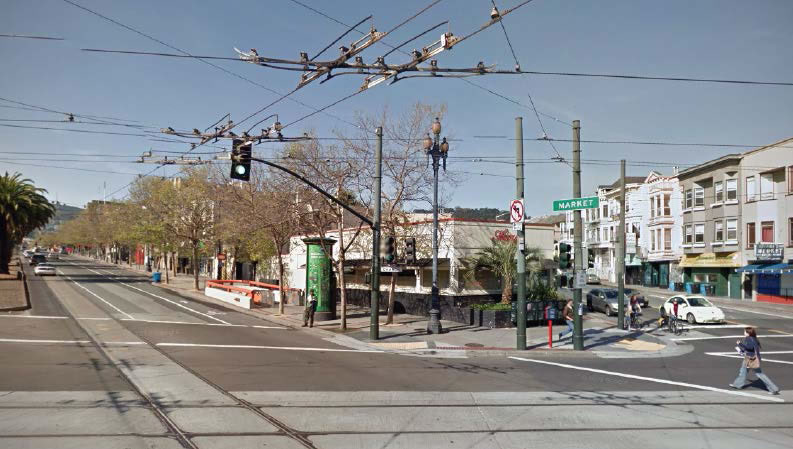 The plans for razing the long-shuttered Home restaurant at the Corner of Market and Church and constructing a four to seven-story building on the 2100 Market Street site were approved earlier this year, but with a number of conditions which included a redesign of the previously redesigned project: 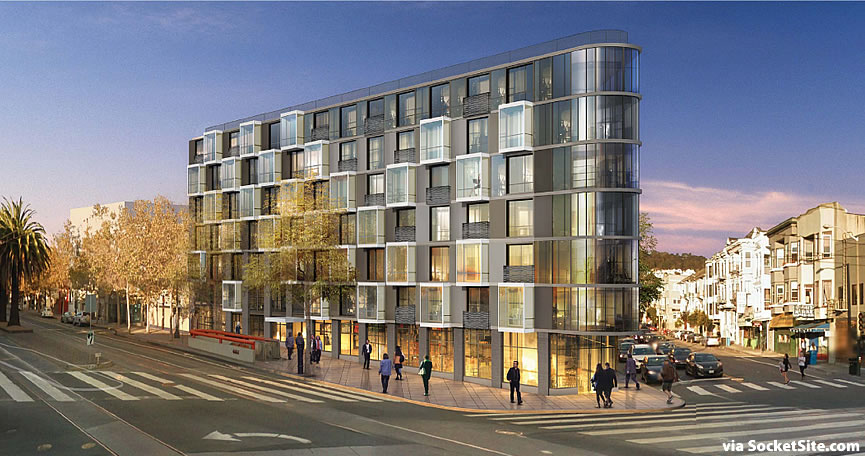 The building’s bay columns have been removed in favor of more randomly organized bay windows, with projecting bays and Juliet balconies.

In addition, metal panels have taken the place of the previously proposed smooth plaster cladding; the two ground-floor residential units on 14th Street frontage were replaced with a 1,050 square foot retail unit; the main retail space fronting Market has been enlarged from 2,600 to 3,000 square feet; and a 4th floor roof deck has been added along 14th Street as well. 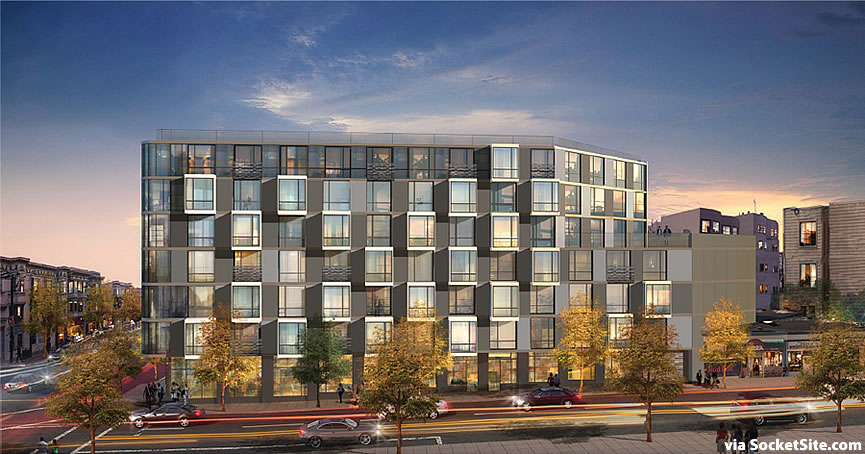 As a result, the 2100 Market Street project will now yield 60 apartments – a mix of 6 studios, 30 one-bedrooms, and 24 two-bedrooms – over two restaurant/retail spaces totaling 4,100 square feet and an interior storage room for 60 bikes.

Having sat vacant since 2011, Chipotle had planned to renovate and occupy the existing 2100 Market Street building, but those plans were rejected by San Francisco’s Planning Commission in 2013. Brian Spiers Development, the developer behind Linea down the street at 1998 Market is leading the charge this time around.

Once the ground is broken, it should take roughly 20 months to develop the project. That being said, it doesn’t appear any of the paperwork has been filed to secure the actual building permits for the project. We’ll keep you posted and plugged-in.