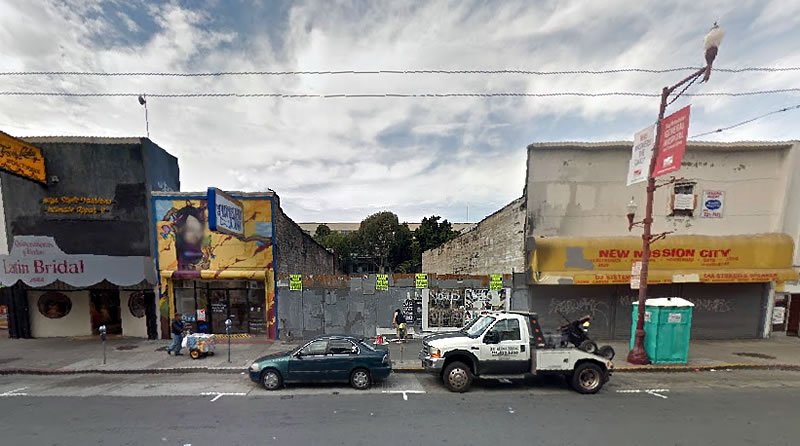 Demolished following a five-alarm blaze back in 2014, plans to construct a five-story building with 16 condos over nearly 8,000 square feet of new retail space on the site of the former Big House store at 2632 Mission Street have been drafted by Gabriel Ng + Architects and submitted to the City for review. 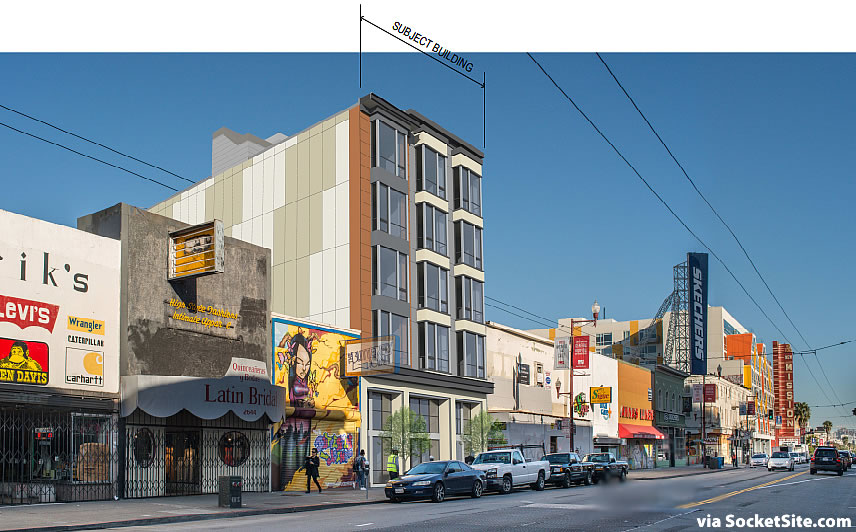 That being said, the un-entitled site is also being shopped for $5.888 million, which would suggest the current owner isn’t actually planning to develop the Mission District parcel anytime soon.

But plans to redevelop the parcel four doors down are in the works as well.

No Atlas Shrug, More Like a High Five (or Six)