The clunky columns which had supported the signature Bayfront Terrace of the Golden State Warriors’ proposed arena to rise in Mission Bay have been removed from the design. 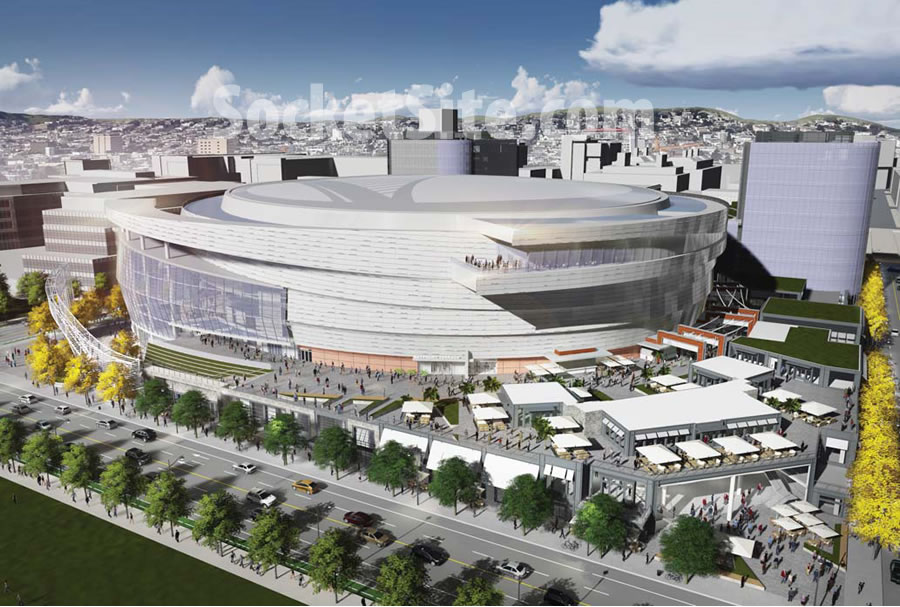 Instead, the terrace has been cantilevered and its underside and other arena soffits have been finished with recycled wood to mirror “the warmth and richness” of the materials being considered for the arena’s interior. 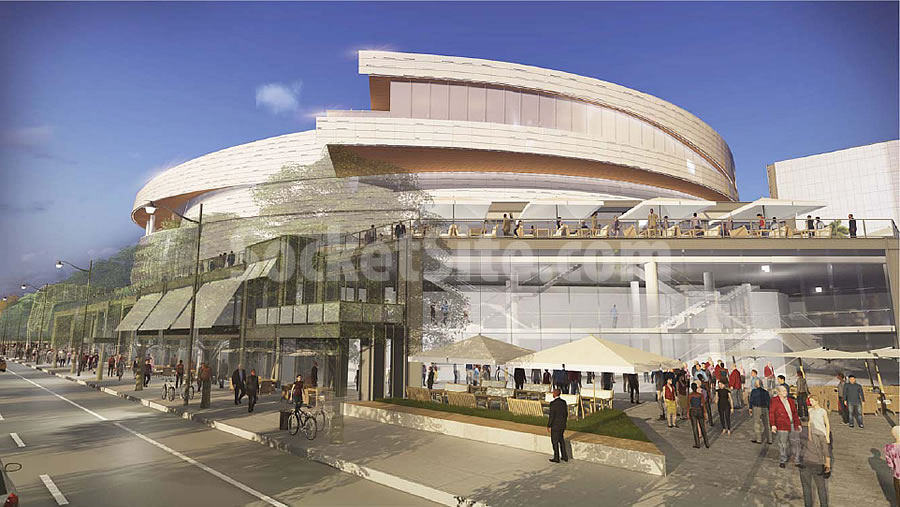 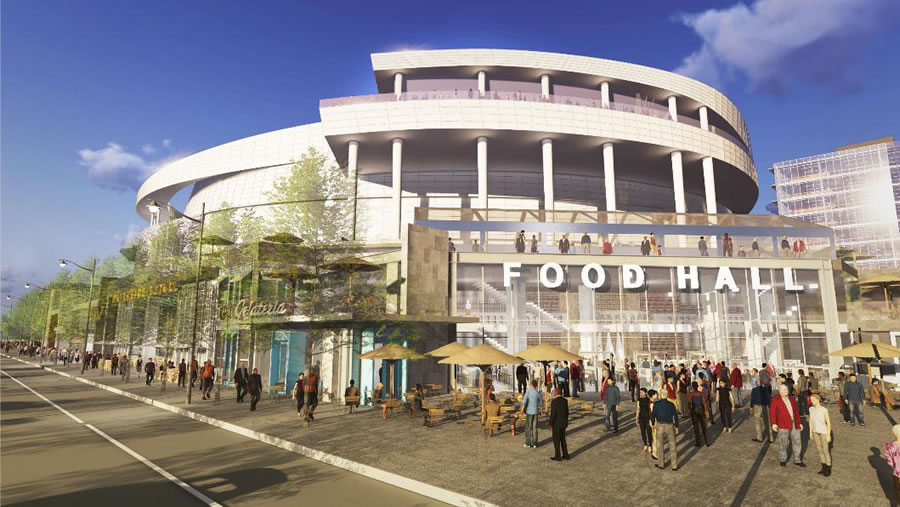 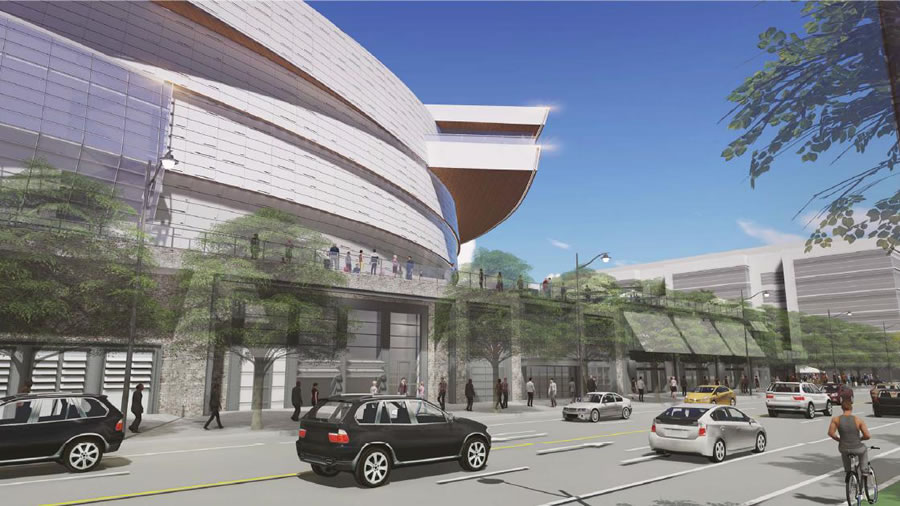 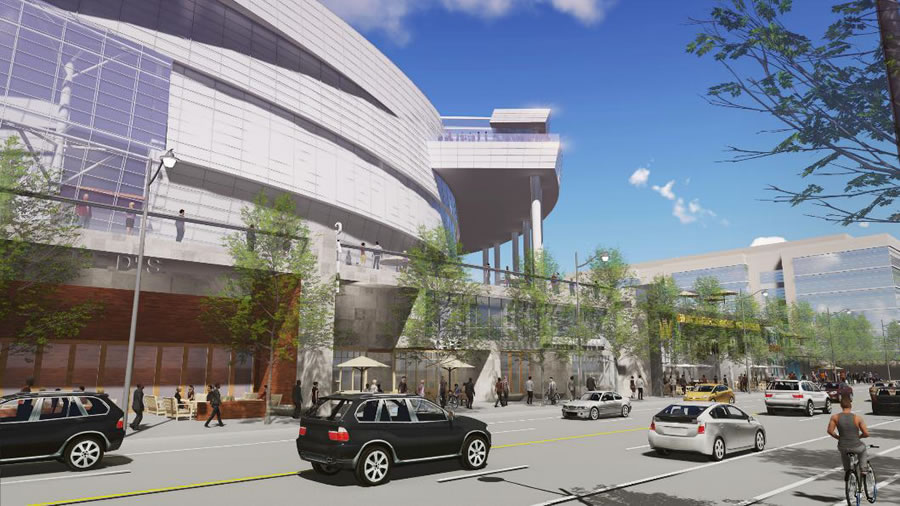 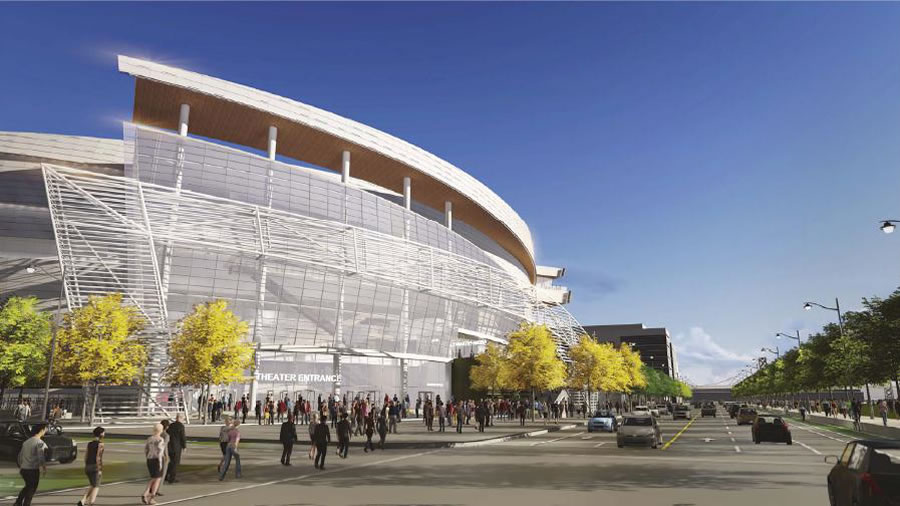 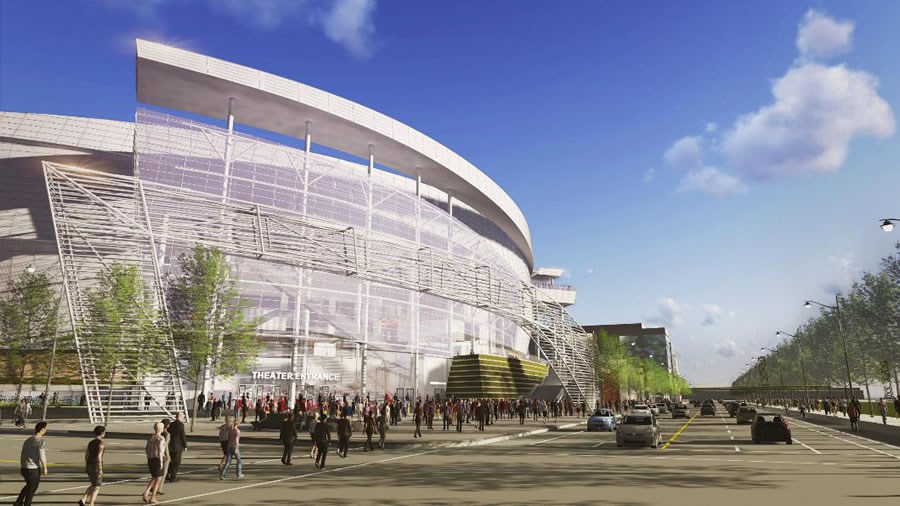 In addition, a series of archways and kiosks have been added to the elevated pedestrian path along northern side of the arena, designed to act as wind blocks and keep fans from having to fight the wind tunnel that modeling exposed. 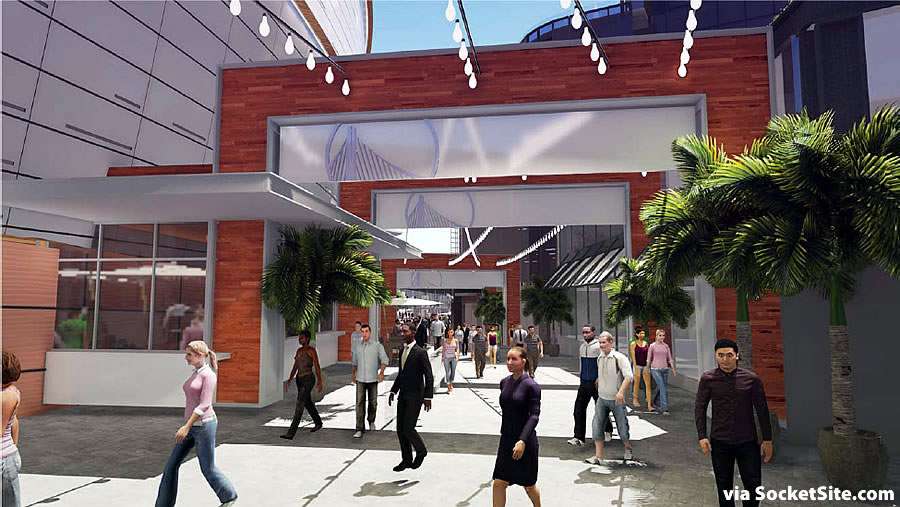 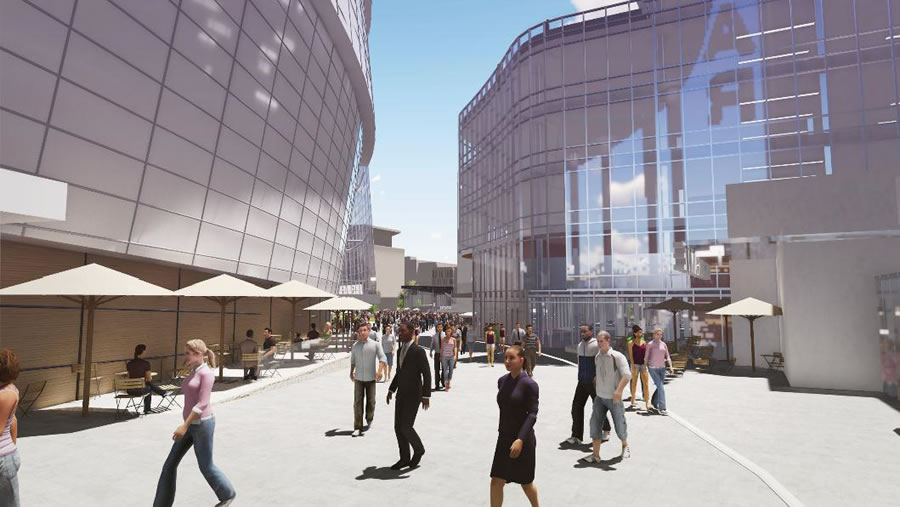