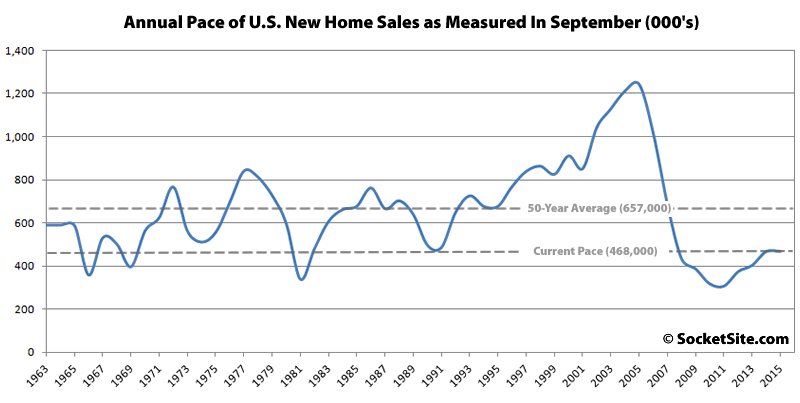 The seasonally adjusted pace of new single-family home sales in the U.S. suddenly dropped 11.5 percent to an annual rate of 468,000 sales in September. And while the pace remains 2.0 percent above the rate at the same time last year, the pace was running 21 percent higher on a year-over-year basis in August.

The annual pace of new single-family home sales as measured in September peaked at 1,244,000 in 2005, 165 percent higher than last month.

And in terms of inventory, the number of new single-family homes for sale across the county is currently 225,000, up 4.2 percent from August, 7.7 percent higher versus the same time last year, and the highest September inventory since 2009.

In the West, the pace of new home sales dropped 6.7 percent in September but remains 8.6 percent higher versus the same time last year.